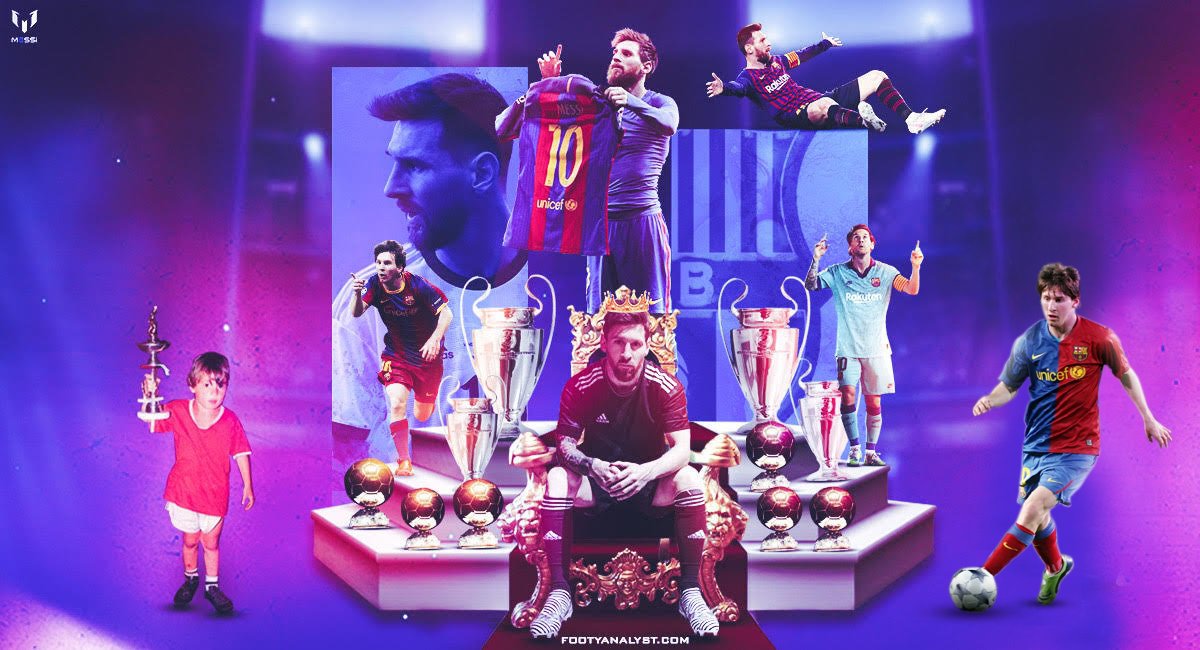 Lionel Messi was 22 when I first saw him wearing the Blaugrana colours and weaving mazes around defenders all over Europe and hoodwinking goalkeepers with the minutest shifts in bodyweight. I’m 22 now and just when I was a few months away from living one of my life’s biggest dreams of climbing the Camp Nou stairs, being one with the crowd and chanting the name of ‘Messi! Messi!’ under the lights as he slaloms past the centre-backs and slots one at the near post like routine, he’s gone.

The journey of a 13-year-old from the cold streets of Rosario to the sunny blocks of Barcelona across the pond, from facing the challenges of a growth hormone deficit as a kid to standing tall over his opponents, from being a shy, quiet teen too afraid to speak to becoming the religion of millions spread all over the globe made for the perfect romantic story for modern sport.

Also Read: The Mozart of Barcelona: A farewell to Andres Iniesta

A fantastical, almost mythical tale that the entire world collectively took part in. A chronicle defined by brazen brilliance and fierce loyalty. A story for the grandkids and the generations beyond. But, let’s be honest. It was too good to be true at times, wasn’t it? In life you’re always owed what you’re given and sooner or later the debt is paid.

Maybe that’s the reason why, like Icarus’ wings when he got too close to the Sun, all of it melted away and came crashing down in a heap of bones and flesh. Maybe that’s why it hurts so much because it’s impossible to fathom the conclusion in the first place.

The unthinkable has come to pass. The throne is empty and the kingdom lays quiet. The story remains incomplete.

If someone had told the young me who had just started following football after coming across a Lionel Messi 2008/09 compilation with Akon’s music that it would all end this way, I’d have signed up for it without even blinking twice. Over a decade of football’s greatest playing for the club you love and root for, is a privilege not many can attest to.

Twelve years of conditioning, however, have left me defenseless. Twelve years is a really long time. Friends have walked in and out, relationships have blossomed and ended, and yet, Messi and Barcelona remained as firm constants as the rising Sun.

I suppose the only catharsis behind the waves of pain that accompany every odd realization that Lionel Messi is no longer an FC Barcelona player is one of eternal gratitude. La Pulga’s career with Barcelona is the greatest stretch of athletic excellence the world has probably ever seen and despite whatever transpired in the last week, Barcelona is still the club of his life and his first love. Nobody can take that away from the fans.

The Camp Nou has seen him grown up from a scrawny, long-haired boy to a tattooed, bearded father of three kids, from a generational talent to the proud winner of six Ballon d’Or, from just a talented kid trying to burst into the first team to becoming the God of the Game. We’ve seen the lowest of his lows, especially over the last few seasons but we’ve also been a part of fairytales mystical enough to define our lives a thousand times over.

The criminal mismanagement and financial ruin of the club may have taken the man away from Cules, but how could it even attempt to take away how he made us feel? Even a single game of Lionel Messi is worth the career of most footballers, one week of Messi spans decades of mind-boggling brilliance and a single season is worth a century. Barcelona enjoyed 21 years of Messi’s extraterrestrial magnificence, 17 of those in the first team. In a moment of cognizant hindsight, are we really in any position to complain? There’s a certain privilege to all of that which cannot and should not be taken for granted.

So, I’ll hold on to that feeling and scroll through his six-hour long 672 goals for Barcelona video on YouTube when I’m not quite ready to face a Monday. I’ll wonder about the way he dribbled past the entire Real Madrid defence to score past Iker Casillas or the way he left Jerome Boateng in the dust and chipped Manuel Neuer in Champions League semi-finals when life’s weighing me down. Without a doubt, I’ll think about how much he loved the club even until his last day here when I miss him.

In his book Life of Pi, Yann Martel wrote, “I suppose in the end, the whole of life becomes an act of letting go, but what always hurts the most is not taking a moment to say goodbye.” Fans around the world will forever love Lionel Messi, and will follow what he describes as ‘the next step in your career’ closely, hoping that he succeeds at every quarter because above all else, he belongs to football and everything that’s great about it.

But even as I quiver at the thought of typing this, I have to let you go now and the love story with Barcelona that defined the greater part of my life.

Also Read: Winning Vs Not Losing: The difference in approach that could make or break a football team

Thank you for every single moment, both good and bad. Saying it has been a privilege will be an understatement, but it has really been one. You’re a big reason behind the person I am today and why and how I do what I do.

Even though I shouldn’t get my hopes up, I wish you’re back one fine sunny morning, just as unexpected as the day your contract renewal took a drastic U-turn. Because this has always been your home and it’ll always be that way. Gracias Leo! Te queiro mucho!

Winning Vs Not Losing: The difference in approach that could make or break a football team
To Top