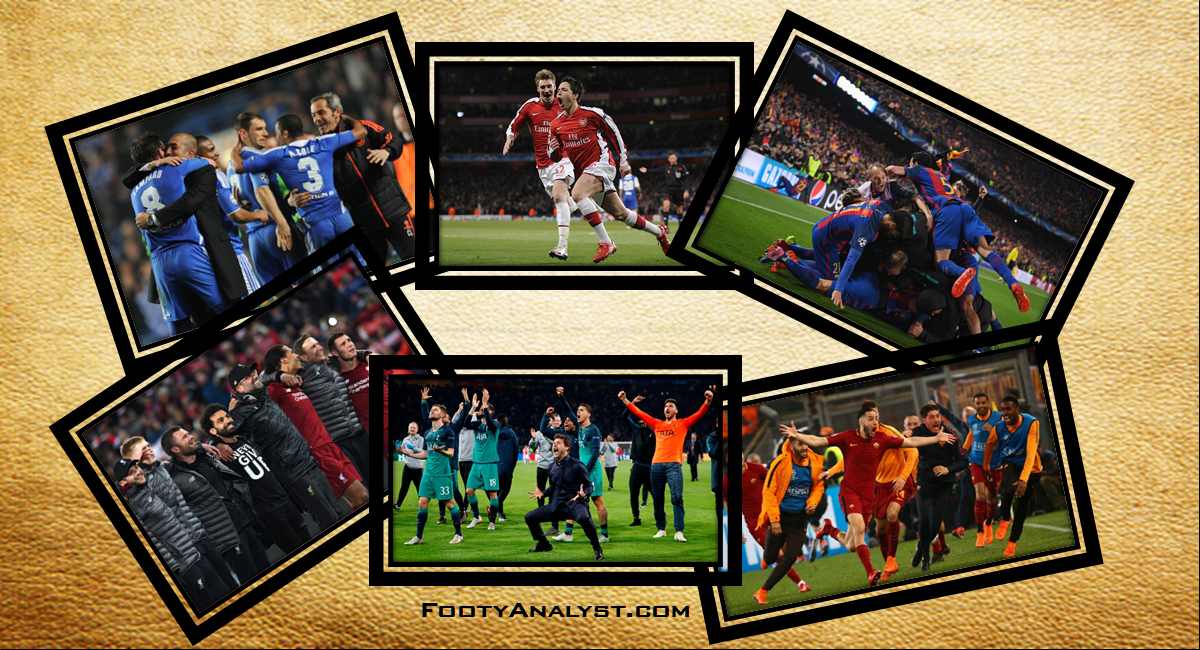 With the four remaining round of 16 ties completed last week, the final stages of this unique Champions League campaign is underway this week as a mini-tournament, with one-leg, do or die quarterfinals in Portugal. Bayern Munich face Barcelona tonight while Manchester City will battle Lyon tomorrow.

The winners from these two quarterfinal games will go head to head in the semifinal. Paris Saint-Germain, who in dramatic fashion knocked out Cinderella story Atalanta, will play RB Leipzig for a spot in the finals of the Champions League. The eight quarterfinalists travelled to Lisbon, where the final will also be held. Due to the COVID-19 pandemic, the new and altered format was introduced for this season — Europe’s most prestigious club tournament will feature single-legged games instead of the classic two-legged, home and away fixtures.

Away goals, aggregate score lines, remontadas and comebacks created drama and tension for Europe’s premier competition and the adrenaline provided by a 2 legged game is something that all fans will probably miss. Looking back at the last decade alone reveals some of the best Champions League comebacks in the second leg that world football has ever seen.

Before the resurgence of clubs such as Manchester City & Tottenham in the European scene, Arsenal were a regular in the Champions League. In 2010, however, Wenger’s side took a 2-1 beating to Porto in the Round of 16. Critics had tipped Porto to go through, but in the second leg, Nicklas Bendtner scored a brace within 25 minutes in front of 59,000 fans at the Emirates. Arsenal’s routing of Porto did not stop there though. Nasri and Eboué added one goal each on the other side of the break, before Bendtner completed his hat trick in the stoppage time. Arsenal were impressive and won 6-2 on aggregate.

The 2011/12 campaign was one of Chelsea’s most turbulent yet successful years during which the club sacked Andre Villas-Boas as manager, and Roberto Di Matteo was put in-charge in the last minute. Many saw this year as the last time that Frank Lampard, John Terry, Petr Cech and Didier Drogba would be playing together, and probably the last chance they had at winning the most important and coveted title in Europe that had eluded them. Napoli went into the second leg with a 3-1 aggregate goal advantage. An inspired Chelsea fight back in the second leg at Stamford Bridge, where Lampard, Terry, Drogba and Ivanović (in the 105th minute) all scored, sent Chelsea through 5-4 on aggregate. Chelsea’s success in that campaign didn’t end there, as they went on to win the Champions League that year, overcoming Barcelona and Bayern in the process.

One of the greatest sides in the history of football, Barcelona, had lost 2-0 against Milan. This was unexpected for a team that had the likes of Messi, Iniesta and Xavi. Milan had to keep Barcelona at bay in the second leg to qualify for the quarterfinals. But this was never meant to be, especially with Messi in the side and at his peak. With close to 95,000 in attendance, Messi scored a brace to level things before half time at Camp Nou. Villa added another goal 10 minutes after the restart and Jordi Alba scored in the dying minutes of the game to complete a 4-0 Barcelona win, and a 4-2 aggregate win. Barcelona overcame PSG in the next round, but were infamously knocked out 7-0 on aggregate by Bayern in the semifinal that season.

No words probably go better together than Remontada and ‘Sergi Roberto’. Every football fanatic would know about this classic comeback and this tale would be told to the younger generation decades from now. Barcelona were left with a 4-0 deficit from the first leg, but an extraordinary night at the Camp Nou in the second leg saw goals from Suarez, Messi and a Kurzawa own goal to reduce the aggregate gap to just 4-3. Cavani added one for PSG to make it 5-3 on aggregate. The atmosphere was tensed as Barcelona fans looked on with crippling nervousness.

In the 88th minute, Neymar managed to pull one back to make it 5-4 as the game entered stoppage time. In the 91st minute, Neymar converted from the spot to level the field 5-5 on aggregate. It seemed like the game would be headed to Extra Time but lady luck had decided to smile upon Barcelona that day. A cross from Neymar in the 95th minute to Sergi Roberto completed one of the greatest comebacks in Champions League history, as Roberto converted. Barcelona went through 6-5 on aggregate. This come back and the 95th minute would forever be etched in the memory of Barcelona fans worldwide.

Barcelona were fairly confident going into the second leg of the quarterfinal match against Roma, taking a lead of 4-1. However, as the great Peter Drury said, “Roma have risen from their ruins. Manolas, the Greek God in Rome! The unthinkable unfolds before our eyes!” Roma managed to revert the score line in the second leg at Stadio Olimpico, with goals from Edin Džeko, Daniele de Rossi and Kostas Manolas and secured a place in the semi-finals due to the away goals rule.

With the whole world watching and all the neutral fans backing Roma, Roma drew strength from the support of the fans to claw back against a team that boasted the presence of the greatest of all time.

Fans will long remember Pochettino’s stint at Tottenham. He inherited a team that were struggling, turned them into regular contenders for the top 4 spot in the Premier League and took them to the Champions League. His best achievement at Tottenham was the 2nd position finish in the 2016/17 league, but his Champions League comeback against Ajax in 2018/19 is no less a feat.

After losing by one goal and conceding a precious away goal to Ajax at home, Tottenham travelled to Amsterdam with hopes to turn things around. Ajax made sure those  hopes were dampened when De Ligt scored within the opening 5 minutes, only for Ziyech to add another in the 35th minute mark. But Tottenham showed resilience and character on that day in Amsterdam. Pochettino had played Lucas Moura that day and as fate would have it, it was Moura who came to the rescue of Spurs.

Moura scored ten minutes after the break and added another goal four minutes later. Tottenham needed one more if they were to qualify for the final. Their prayers were answered in the 96th minute. In the dying seconds of the game, Moura completed his hat-trick, sending Tottenham fans around the world into a wild frenzy.

Tottenham lost to Liverpool in the final and Pochettino was sacked the following season, but that comeback by Tottenham will be remembered for ages.

Over 52,000 witnessed a miracle at Anfield as Liverpool stunned Barcelona with a 4-0 win in the second leg after suffering a 3-0 loss at Camp Nou in the first leg. Klopp’s side made history with one of the best comebacks in the absence of Mohamed Salah and Roberto Firmino. An Origi goal on either side of a Wijnaldum brace completed the fight back. They not only managed to pull it off, but went on to lift the Champions League for the sixth time in the club’s history by beating Tottenham in the final.

When all hope seems lost, the second leg raises its hand to announce that if there is belief, there is a way back. For those who have believed, the second leg has been nothing short of a miracle.

There is no competition like the Champions League, and a look at the last decade alone confirms that. The last big change in the structure of the Champions League occurred in 2003/2004 where the second group stage was removed in favour of the two-legged knockout ties in the 16th round. It is understandable how the pandemic this year has caused the campaign to be cut short to one leg, but a one-legged knockout competition may not be a good permanent idea considering financial reasons, and also how much the fans would love to see the game across two legs, especially at home.

One-legged games, however, could bring more excitement because of the ‘win or go home’ situation, the players would certainly be hungry to push themselves more without the cushion of a second leg. The ties will become unpredictable with both teams going for it with everything, giving smaller sides a fair chance. One game. No away goal rules. 90 minutes. That’s it. That is also what makes the World Cup knockout stages so special.

The fans have waited patiently for months during the pandemic for the Champions League and the one-legged has not disappointed so far. Although, most fans don’t expect this format to be adopted permanently, it sure is exciting to see how things will pan out this year.

Could Arjen Robben get one last shot with Netherlands at Euro 2020?
The Political Game: When football is unjustly targeted during tough times
To Top