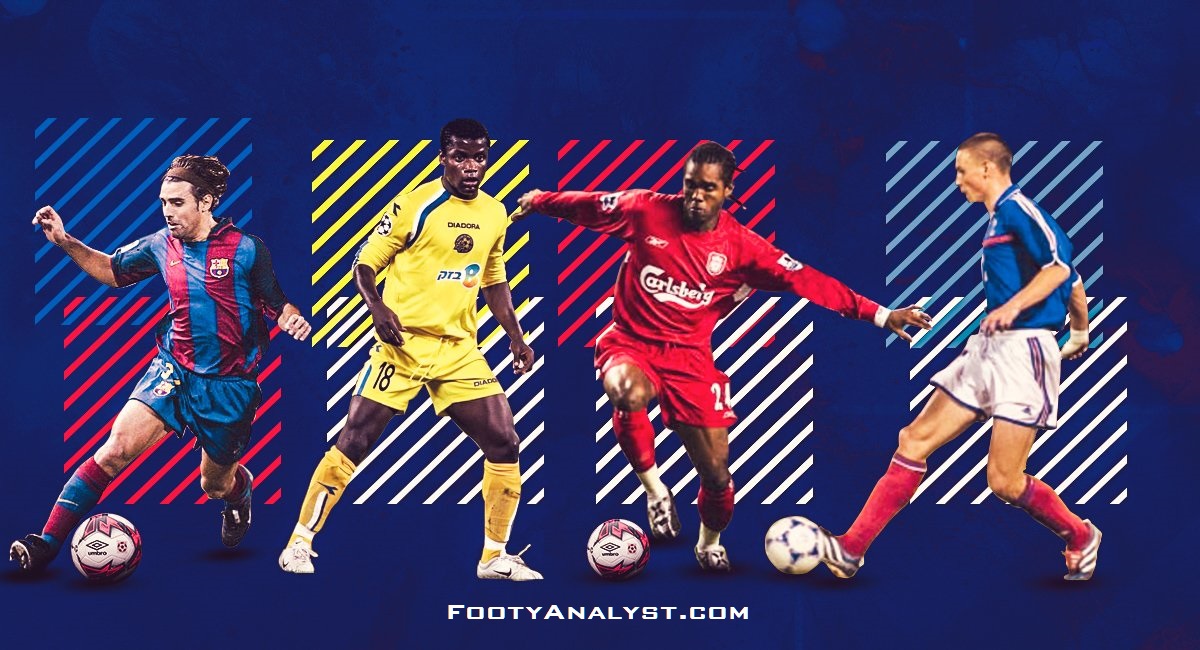 There was surprise among the management team at Liverpool FC when Manchester United agreed to pay £12.24 million for Cristiano Ronaldo in 2003, making him the world’s most expensive teenager. Not only were they taken back by the speed with which United had made their move for a player both Gérard Houllier and Phil Thompson had been closely following, but also by the amount of money they had spent on him.

Yet there wasn’t any disappointment to go with that feeling of disbelief. Partly this was down to the recent arrival of Harry Kewell, a player who they felt was just as good, but also because Liverpool had already snapped up two young and hugely talented players, Anthony Le Tallec and Florent Sinama Pongolle.

At the time, their fate was more than justified as the two were considered among the most promising players in the world. Two years earlier, the two had represented France at the U17 World Cup and had shredded defences as they led their nation to its first ever success at this level.

Of the two, the most obvious talent was Sinama Pongolle. During the tournament played in Trinidad and Tobago, he scored nine times to finish as the competition’s top scorer whilst also being voted as the best player of the tournament, one of only two players in the competition’s history to win both titles (the other being Cesc Fabregas).

Blessed with speed and technical ability, it seemed inevitable that Sinama Pongolle would become a world great. Certainly, no one who saw him in the U17 tournament would have held any doubts, so obvious was his talent. Yet, whilst he did manage to carve out a decent career for himself, Sinama Pongolle never really hit the heights expected of him.

Apart from a pivotal goal against Olympiakos in the famous 3-1 win that propelled Liverpool into the latter rounds of their memorable 2005 Champions League, there were very few highlights for him on Merseyside. In 2006, he moved to Spain and lowly Recreativo Huelva where he showed what he was capable of, finishing as their top-scorer in both of the two seasons he spent there before earning a move to Atlético Madrid whilst winning a full French cap in the process.

Yet, that was as good as it got for him. He failed to establish himself as a regular in the Spanish capital and then embarking on a somewhat nomadic career that took him to America and Asia. Even so, compared to many who enjoy similar success in the FIFA Under 17 World Cup, Sinama Pongolle did pretty well.

The man who held the title as the competition’s top scorer before Sinama Pongolle is a case in point. In 1999, Ishmael Addo scored seven times as Ghana made it to the semi-final of the competition before being edged out on penalties by eventual winners Brazil. Addo scored in that game and did so again in the 3rd place play-off against the United States to cap off a fantastic tournament for him, one that would normally have led to a move to Europe.

Instead, Addo stayed in Ghana, spending the following four seasons at Accra Hearts of Oak and becoming a club legend in the process as they won four league titles and, in 2000, a CAF Champions League. When he did get his move abroad it was to Israel before continuing to Greece, Cyprus and India. His was not a bad career but, in a period where interest in African players was ramping up across Europe, it is underwhelming, when considering the attention that is placed on someone who does as well as he did in such a prestigious tournament.

Looking through the list of players who have topped the goal scoring charts of the FIFA Under 17 World Cup, it is filled with stories that mirror those of Addo, names of players for whom those few weeks at the dawn of their career proved to also be its highlight.

None, however, have stories as strange as that of David Rodriguez-Fraile. The then Real Madrid striker went to the 1997 U17 World Cup in Egypt bearing the tag of one of the most promising talents for club and country. It was a label that he confirmed with seven goals spread across the three group games, including a four-goal salvo over a ten minute period in a 13-0 trashing of New Zealand.

Even though David did not manage to add to his tally in later games and Spain were eventually knocked out by Ghana in the semis, it was still a good tournament for him. He returned to Real looking to build on that achievement but two major injuries in quick succession kept him out for almost a year and, even worse, left him in too much pain to play to a similar level as he did in the past.

By the time he was 21, he’d had enough and quit football. A year later he enrolled at the Harvard Business School before embarking on a career as an investor, first at Goldman Sachs and then at his own hedge fund.

It is telling that, despite the presence of Iker Casillas and Xavi in the same Spanish team, the player who won most plaudits that year was Sergio Santamaría, a Barcelona starlet who won the competition’s Golden Ball (beating both his Spanish team-mates and also Ronaldinho to that honour) but then spent most of his career in the Spanish lower leagues.

There is an obvious reason for all this. Whilst the U17 World Cup is a wonderful tournament, it does tend to get people over-excited without fully appreciating that the players are, for all intents and purposes, nothing more than boys.

Also Read: Book Review: Cheers, Tears and Jeers – A History of England and the World Cup

For a few, the talent that they show in such competitions does follow through into their ‘adult’ career in the game but all players need to go through a lot of development before they can take their place at the top level. More significantly, there are many obstacles that they need to overcome. Paradoxically, the fact that they are so talented often sees their teams depending on them thus increasing the number of games they play early on and with it the risk of suffering injuries. Even if they avoid that, they need to keep developing to the point where they can convince a coach to take a chance on them, which, for all their talent, is not a guarantee.

A combination of these factors is the main reason why there are so few from the list of golden boot winners that went on to become household names with only Adriano and Cesc Fabregas going on to become true world class players. For the majority, it is simply a case of enjoying the moment knowing that it could be as good as it gets for them.

Older and Better: How Brendan Rodgers Managed to Rebuild His Reputation
The road ahead for Timothy Fosu Mensah
To Top