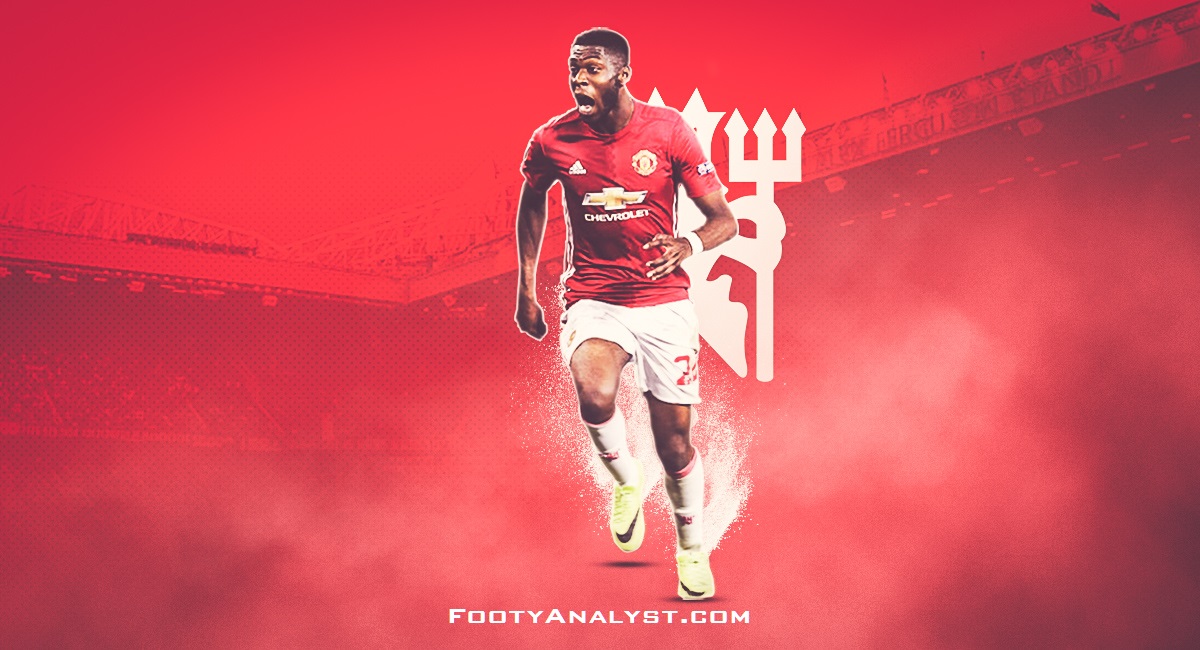 Born in Amsterdam to Ghanaian parents, Timothy Fosu Mensah has come a long way in just 22 years. After playing for 8 years in the youth sections of Ajax, Louis Van Gaal decided to sign him and bring him to Old Trafford. In addition to two mediocre spells at Crystal Palace and Fulham, a horror anterior cruciate ligament injury has kept him out of Football for months. He played a few games for United U23 in midfield recently after the recovery and has been privately training with Barcelona star Frenkie De Jong during the abrupt break in football due to Coronavirus, lightly passing the ball and sprinting for short distances.

An 18 year old starter with the Red Devils

Even though he was signed as a central defensive midfielder (CDM), he rarely played in that position. In season 15/16, Man United hosted Arsenal in the PL at Old Trafford. That was not a regular PL match between 2 title contenders. United had more than 10 injuries with most of them being regular starters and Arsenal were by far the favourites to win this particular match. Mensah replaced Marcos Rojo early in the 2nd half and had more than just a decent match as a left back (LB). Ever since, he played as a right back (RB), central defender (CD) and CDM.

He then went on to earn many starting spots at just the age of 18 and impressed fans, journalists but more importantly the coach. In the match against Tottenham, he was preferred to start over Matteo Darmian and dominated his side of the pitch for 68 minutes until he was replaced due to injury. Spurs, who were kept at bay by Fosu Mensah, scored just two minutes later and went on to win 3-0. Louis Van Gaal refused to admit that the reason for that loss was Mensah’s replacement, but couldn’t but agree with all Man United fans that he was the only positive thing at White Hart Lane that day.

Speed has been Mensah’s main asset. When he’s out of possession it’s very difficult to dribble past him and when in possession it makes him unpredictable and elusive for the opponent. In season 18/19, he made the fastest run in the premier league, reaching a top speed of 35.32 Kms per hour. Add that to his physical attributes, he has what it takes to shine in the most difficult football competition in the world. But that’s not all, he can easily build up from behind. He’s confident with the ball and can cope impressively under pressure.

Fosu Mensah is at ease with both feet, passing at the right time and speed. Being an Ajax graduate, that doesn’t come as a surprise. Even more eye-catching in his performances are his anticipations and interceptions regardless of the quality of the opponent. Every time he executes them in midfield when the opponent has just gained possession, he accelerates for just 5-7 meters and his team has numerical superiority in the opponent’s final third.

He is, however, still not a complete defender, let alone a defensive midfielder. In some areas, there is still room for improvement and he seems already mature enough to acknowledge it. Game intelligence is one of them. When asked about what he’d like to add to his game, he said, “Well, not a trick but the understanding of the game that Michael (Carrick) has, I would love to add that to my game. I think it comes with age and experience though” he once said.”

One more area where he needs to improve is the timing and the location of his tackles. His speed here plays against him. He is so fast and thus he is rarely able to change his mind at the last second and avoid a reckless tackle that would get him booked or even worse concede a penalty to the opponent. Decision making of the tackles and their location will get better when he gets more playing time at the highest level.

Injuries have kept him out for some time for the past 4 years, but he did however face top level wingers and forwards. At such a young age he was able to, in certain matches, nullify the threat of world class game changers. One of them was Leroy Sané who once admitted that Fosu Mensah was his toughest opponent. He said, “Crystal Palace’s right-back Timothy Fosu-Mensah [was my toughest opponent]. I have played against him twice this season, and even last season, he had me really well under control and I told him how happy I was to play against him.”

After Mensah made his breakthrough into Man United first eleven under Van Gaal, he had to face Watford. Despite an early booking, Van Gaal kept him for the full 90 minutes as he coped perfectly with Deeney and Ighalo. It was a big risk but he was up for it and the coach knew it, “Mensah saved us three times,.. he was always the one closing the door for us.”

His future with the Dutch National Team

After playing for all the Netherlands youth teams from U15 to U21, Dick Advocaat decided to call Tim for the crucial WC 2018 qualifier Vs France in Paris. At the Stade De France, the Dutch desperately needed at least a point to keep their chances of qualifying alive. They looked no more than a faded shadow of what they used to be, and despite the 4-0 thrashing by the soon-to-be World Champions, Tim started and played the whole match and had the highest rating in his international debut at just 19 yo.

When Ronald Koeman took over, Tim was called for the first friendlies against England and Portugal but never played. After that, he struggled with injuries and had less playing time. In Oranje’s recent successful campaigns in the Nations League and Euro 2020 qualifiers, Koeman had more confidence on Dumfries, Tete, Hateboer and Veltman for the right back position. Athleticism wise, Fosu Mensah is a level higher and plays in a stronger and a more competitive league. The only advantage they have is that they play much more regularly.

But the Bondscoach knows that Fosu Mensah is versatile. If there is one position in the current Dutch squad where they lack options, it is the holding/defensive midfielder. Koeman is usually starting with Marten De Roon; but who might be De Roon’s replacement? De Jong, Wijnaldum, Pröpper and van de Beek excel further ahead on the pitch. Vilneha is unlikely to be called again, Strootman looks past his prime and it may be too early for Koopmeiners.

Timothy Fosu Mensah might just be the best option as a “number 6”. He is still not a Busquets when in possession and not a Casemiro when out of possession, but considering his potential, his blistering pace, his capacity to cover distances and his quick development, in a matter of just one season, he can be a better Nigel De Jong. Ronald Koeman is aware of that and this is why contact has been made before the Fulham loan move. Euro 2020 ‘s postponement might have just come at the right time as he needs some luck to go his way.

Where would he go next?

Manchester United seems reluctant to let him go just yet. They invested in him and followed up with him on a weekly basis. It is clear to them that only injuries have hampered his development. Even when Mourinho was the coach, he messaged and called him regularly, personally and a few times through his assistant. Solskjaer included him in the first team training after playing two U23 matches. The best case scenario would be a one year extension, but would that be enough?

A year’s extension doesn’t necessarily mean playing time. Wan-Bissaka has been almost perfect as a right back for now. There are at least three options for a holding midfielder position: Fred, Matić and McTominay, all in good shape. He therefore might start a few matches in the FA Cup or Europa League in the early stages of the competition, but much fewer minutes, if any, will be granted to him in the PL.

His versatility will definitely increase his chances of a move to a top European club. As a youngster just bouncing back from an ACL injury, maybe leaving the PL for a while might be in good to regain his momentum. A move to Valencia or Seville might be fair, a move to Napoli or Inter would be better. Achraf Hakimi has plenty of suitors at the moment, if he decides to leave Dortmund in the summer, and Timothy Fosu Mensah would be a smart and promising deal.

Nevertheless, the best option in my opinion would be to return for at least one season to his boyhood club, minimizing the chance to be mismanaged again. For Ajax, it is without any doubt a great addition to strengthen the always mediocre defense and for Fosu Mensah, it is an opportunity to play more than 40 matches per season, including European football. Before he knows it and if 100% fit, Ronald Koeman might just call again; and in view of how Europe watches Ajax closely with its new and old prospects, sooner or later a top club in a top league will fight to secure his signature.

Road to Nowhere: Why success at U17 World Cup means so little
Could Arjen Robben get one last shot with Netherlands at Euro 2020?
To Top