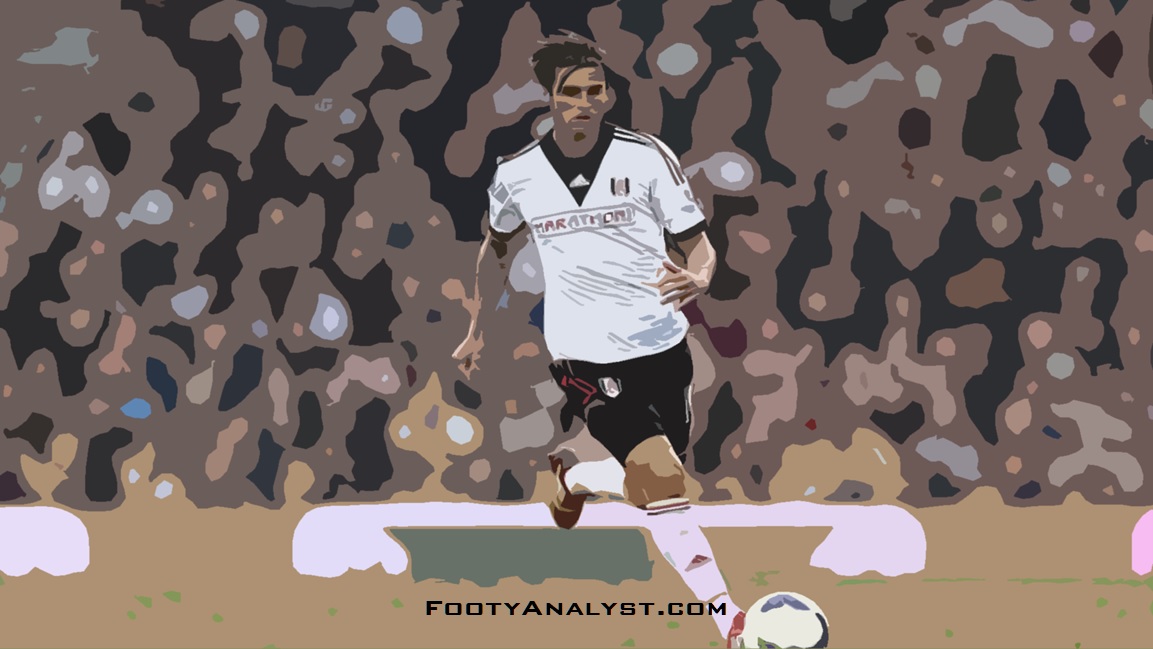 I am certain this happened.

Bryan Ruiz is lurking in the box, donning the white shirt of Fulham. Nonchalant air, flowing locks, every inch the man capable of going from disinterested to deadly in the blink of an eye. A deft touch, an ingenious flick; the ball arcs, almost as if wedged, over a helpless goalkeeper, stranded despite being barely off his line. Conjured from nothing, one of the most outrageous Premier League goals of all time.

Except it’s nowhere to be found.

This was a formative goal for me, one that embodied everything an attacking midfielder should do at a time when these opinions on the game were first taking shape. Of course, its significance was not apparent there and then. Its importance and its quality has been slowly swelling, building up like water behind a dam, since the moment I first decided to go back and watch it again – and found no evidence of its existence.

Also Read: Road to Nowhere: Why Success at U17 World Cup Means So Little

The obvious starting point was YouTube. “Bryan Ruiz chip”, no problem, I’ll be reliving the goal again in no time. But a flick through all of the top results did not yield what I was looking for. Some truly remarkable goals, yes, even some chips, but not the one.

The resultant Ruiz rabbit hole did nothing to expedite the search. I found myself reliving moments I had not even lived in the first place, nostalgic for memories that were not mine. I watched through the eyes of Costa Rica fans and FC Twente supporters as their hero blazed a trail.

Plucked from Alajuelense by Gent in 2006, Ruiz quickly made a name for himself. He ended the 2007/08 season as top scorer and captain, earning him a move to Dutch club FC Twente. Watching clips from this era, it is not difficult to see why he caught the eye of Fulham scouts. In a compilation of Ruiz’ top ten goals (still no sign of that chip), he is seen rolling the ball delightfully around the ADO Den Haag goalkeeper following a series of stepovers before turning it into an empty net. He had netted a Panenka earlier in the same game. These were just two of 44 goals he notched in 96 appearances between 2009 and 2011.

By this time, he was established on the international scene. An impressive run of six goals in the qualifiers for the 2010 World Cup was not enough to book Costa Rica a place, but it embedded Ruiz as a key part of the national side.

Over time, he developed into a national icon. His deft flick and emphatic left-footed half-volley in a 2-1 win over Mexico in qualifying for the next World Cup kick-started his influential role in Costa Rica’s Brazilian adventure.

Notching three goals in qualifying, he then captained the side in the tournament proper as they advanced deeper into the World Cup than ever before. He scored the only goal in the unlikely group stage triumph over Italy, booking a place in the knockouts with a game to spare. He was again the sole scorer for his side in the round of 16 against Greece, delightfully rolling the ball into the net from outside the box while leaving the keeper standing.  He also converted his spot kick in the resultant shootout, helping to propel Costa Rica to the quarter-finals for the first time.

The eventual penalty shootout defeat at the hands of The Netherlands, with Ruiz missing his spot kick, tore me away from this journey and back to the search at hand. I turned to Cottagers supporters for help. Kevin O’Sullivan, former editor of the Irish Times and self-described ‘defiant Fulham fan’, had me doubting my sanity. “Don’t recall the goal” – had I made this up? Did I just have a vivid dream about Bryan Ruiz scoring a wondergoal?

I tried Adrian Hinchliffe, editor of South African trade magazine Brainstorm: ‘one of a handful of Fulham fans in South Africa’, his Twitter bio declares. “I don’t remember the specific goal you were talking about.” I’m going mad.

O’Sullivan did at least affirm my convictions about the type of player I remembered Ruiz to be. His description tallied with the one in my head: “Stylish, confident in possession, great distributor of the ball, skilful and clinical when there was a chance of a goal.” This, if nothing else, was something to cling on to. Forget the goal, there was at least evidence that my memory of Ruiz was not a complete fabrication.

But I could not forget the goal. I could carry on with my daily life, go about things as though all were normal, but it was always there, playing on a reel in the recesses of my mind. It was just a shame that it didn’t seem to be playing anywhere else – gradually, I made my peace with the fact I may not see it again. I had even half-convinced myself I must be remembering his goal against Bolton. This, too, was a delicious chip: not quite the one in my head, but at least there was proof it existed.

Then, one day, with all hope lost, there it was. A message from a friend – we share football videos a lot, nothing particularly out of the ordinary. “This is the Bryan Ruiz goal I love”, said the message. It’ll be the Bolton one. I press play while trying not to get my hopes up.

Everton – that was it! Tim Howard, who seems to have an unfortunate knack of playing the part of helplessly stranded goalkeeper in a number of these videos from a certain era, watches as the ball is scooped outrageously over his head. As creative, as something-from-nothing, as typically Bryan Ruiz as I remembered it.

The clip, the gold dust, was filmed off the TV: a BT Sport re-run of some of the best goals from the 2011/12 season. I still hardly dared to believe it, seeking further assurance: a primary source. Eventually I thought I had found one, in the shape of Fulham fan and commentator Barry Swain. “I was at the Everton match – happy to help.” Perfect – not only someone who remembers it, but an actual witness to this near-mythical moment of genius!

Also Read: Oliver Norwood: The long road to the top

But it wasn’t to be. Swain began his recollection by saying he was right behind the free-kick: I let out a groan. Unfortunately, Ruiz has scored more than once against Everton. The set piece was indeed another great goal, curling away from the keeper and into the top corner from some distance, but still a witness to the goal proved elusive. The footage, the precious footage, appeared to be the only record that the goal was ever scored.

Goals are no more than how we remember them, just as players can be wildly different in the heads of different people. To me, Bryan Ruiz is the archetypal number 10, the Platonic form of a long-locked, smooth-operating playmaker. It doesn’t matter if in reality he wasn’t all that good – even if he wasn’t truly a number 10 most of the time. He is written into my personal history of the game as I remember him, and nothing sums up that version of Bryan Ruiz like his chip against Everton.

Dutch Vs Deutsch: An inherent difference between Performance & Achievement
Denied promotion despite being 25 points ahead, Stowmarket Town FC look forward to the future
To Top