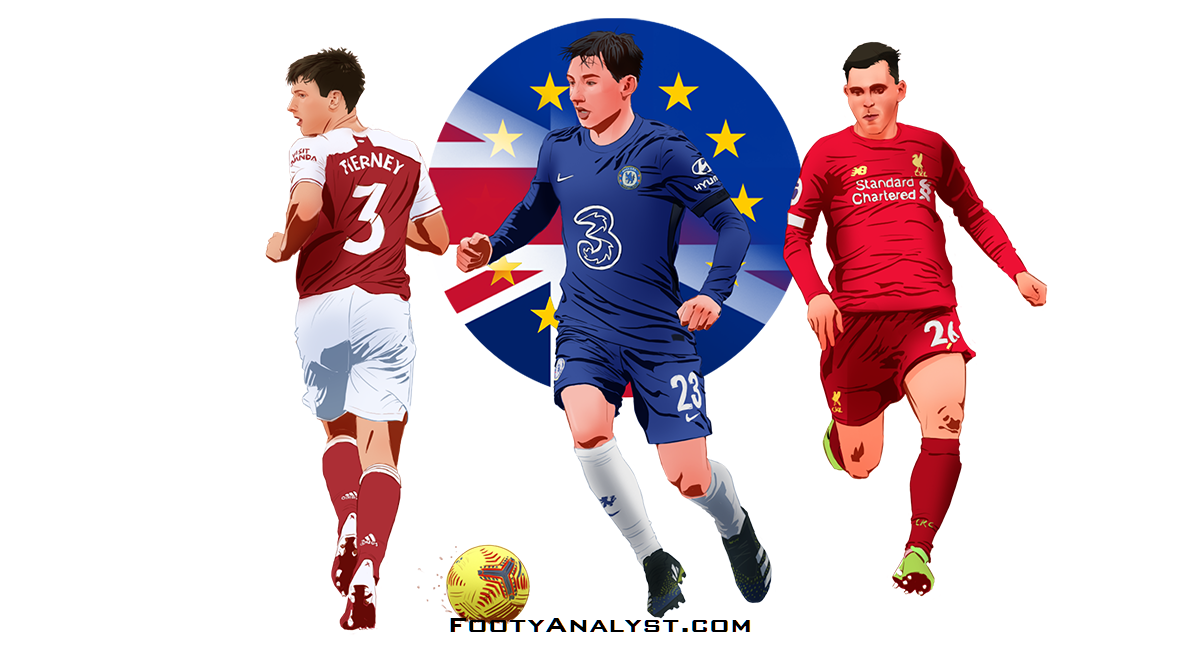 It is hard not to be impressed by Billy Gilmour. Despite being just nineteen, he seems to take control of midfield with a precocious awareness of what is happening around him and vision on what to do whatever the situation. His technique is fantastic and always seems to find space either with a pass or by skipping through a challenge.

So far, he has been called “outstanding” by many at Chelsea and “a world class talent” by Roy Keane whilst Ian Wright described the way he played as “unbelievable”.

It is a pity then is that Gilmour is showing his talents at Chelsea rather than Rangers, the club where he trained before he moved to London as a fifteen year old. Sadly, his story might be about to become an altogether more common one.

That English clubs should take an active interest in the most promising Scottish players is nothing new; indeed it has forever been such. Yet the rate has been increasing. Not even the top two clubs in the country can hang on to their brightest talents. Apart from Gilmour, Rangers have seen Dire Mebude move to Manchester City, who also picked up Josh Adams from Celtic.

Gilmour’s success is only going to encourage others to have a look. So too will the high standards set by Andy Robertson, Kieran Tierney and John McGinn, all of whom have established themselves among the Premier League’s top performers.

By far the biggest reason, however, is likely to be Brexit.

Early last December, it was announced that English clubs had come to an agreement over the rules that would govern signings of players from overseas. Unsurprisingly, these placed new restrictions that Premier League clubs tried hard to avoid.

One of those conditions is that no players who are younger than eighteen years could be signed from overseas. Essentially, this means that English clubs will have to wait until a player is eighteen before they have the possibility to sign him and even then, they will have to satisfy a number of parameters to be able to do so.

For over twenty years, Premier League sides have used their financial muscle to plunder youth talent from all across Europe, either by offering significant wages to these teenagers just out of school or exploiting contractual loopholes to get the players they wanted.

When Manchester City went up against Chelsea for the 2020 FA Youth Cup final – arguably the two clubs who have invested most heavily in their academies – each side fielded three players signed from overseas. City and Chelsea, however, are hardly alone. Indeed, you would be hard pressed to find a top-flight English side, which has not boosted its academy sides with a similar number of foreign players.

These players were brought in because of their promise, naturally, but also because players older than sixteen years from the European Union could be signed without the need for any outside approval. All of a sudden that prospect of scouring a whole continent for new players has gone away and has shrunk to just the rest of the Home Countries. This is bound to have a radical effect.

Invariably, English clubs will start to focus more of their attentions on what is happening in Scotland; the number of scouts they employ up north as well as their presence in youth football is bound to increase. Clubs not only in England but also Germany and Italy have been picking up Scottish players because they see in them the technique and athleticism that is needed to make it in those leagues. This, in turn, will mean that more Scottish youngsters will be having to make the decision on whether to stay put or else make the move.

In reality, it is hard to blame those kids who opt to make the move. Not only is the prospect of making it into the Premier League a tantalising one – and the promises that get made to convince them into making the move are unlikely to dampen that enthusiasm – but they will invariably receive a wage that is significantly higher to what they would be getting in Scotland. The whole package is often too attractive for them to refuse.

The implications are wide reaching, as the prospect of seeing Scottish clubs’ youth sides gutted of their best talent is a very real one.

Naturally, this will cause Scottish clubs to react. It is easy to anticipate wages given to the most promising players to increase, thus making any decision about a move all the more difficult. Whether that is an option outside the big firm, however, is debateable. Budgets at these clubs will already be tight and most likely they simply cannot afford to start raising wages at academy level especially to the extent that would discourage players from moving.

Probably, more doable for them is to show players that their path to first team football is easier if they remain in Scotland.

For that to happen, there would need to be a shift in thinking. Rather than focus exclusively on results, clubs would have to incentivise managers for giving young players opportunities. The message then would be that rather than spending a couple of years playing youth football in England they could be making a mark in the professional game safe in the knowledge that if they do well enough then the opportunities to move to a higher stage will come nevertheless.

Also Read: Loan Strategies: How some clubs are aiming to win at player development

This is the idealistic outcome. After all, the increased interest is in players is also down to the improving quality of those players and a reward to all the efforts that have gone into raising that level. Whether that is what really happens is doubtful. Football clubs are not really known for the ease with which they embrace change so the most likely scenario, at least initially, is angst and complaints over what is happening.

Yet, this will be the new reality under which they will be playing and adapting to it, in whatever way possible, is the only real option.

Loan Strategies: How some clubs are aiming to win at player development
To Top