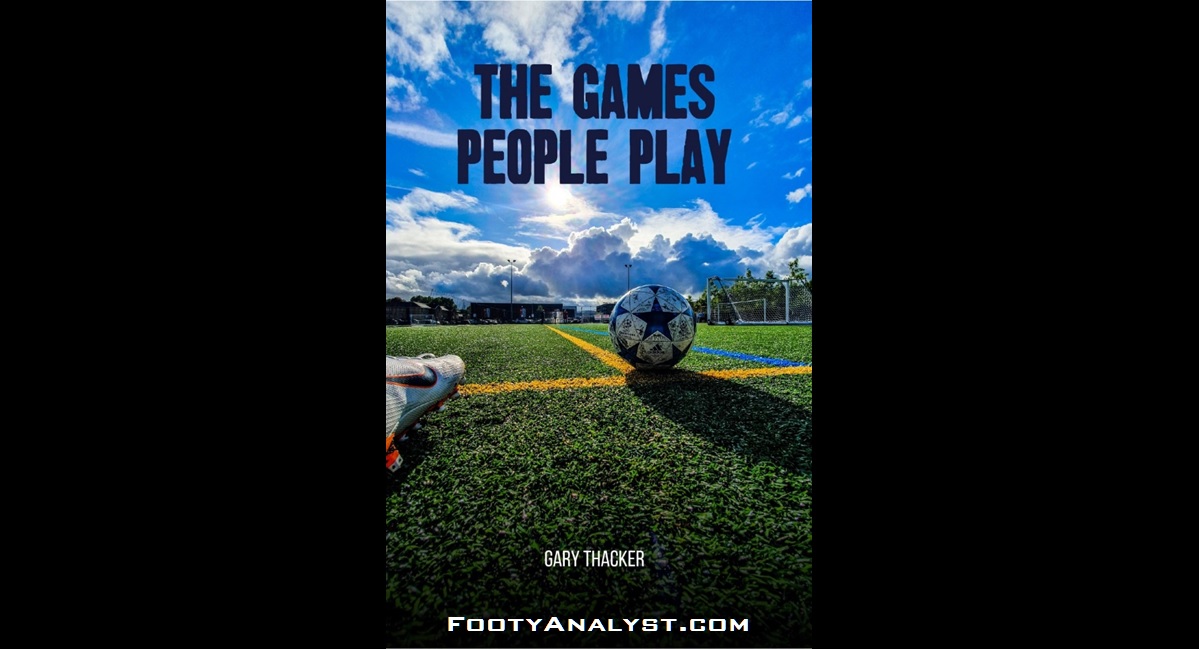 For a sport that offers such a range of emotions and given the increasing literature being published about the game, it is surprising how little fiction is written about the game. There are a few classics (The Damned United, Goalkeepers Are Different, The Arsenal Stadium Mystery and so on), but these are very few and don’t have many challengers in the books published each year.

It is into this semi-void that The Games People Play steps.

Also Read: Book Review: Cheers, Tears and Jeers – A History of England and the World Cup

Gary Thacker, the author, knows his football. He has written about the game for numerous outlets but has largely stuck to stories that actually happened. To see him writing fiction, then, is something of a surprise.

“I guess it was something that I wanted to do, perhaps just to test myself, but I had this gem of a story in my head that had been brewing away for a year or so,” he explains.  “It was a case of scratching both of those itches at the same time.”

The story itself is essentially that of Jon Moreton, a promising player who comes through the ranks at a small club but through a mixture of talent and perseverance ends up getting his opportunity at the highest level. Injuries, however, cut his career short and he turns to coaching where he enjoys a new lease of life.

All of that is delivered in the opening pages of The Games People Play, which gives an indication about how fast paced this book is.

Eventually Moreton gets the opportunity to coach in Spain which is where the main plot of the novel is centred and where the action takes place.

Asked how the whole idea came about, however, he doesn’t really have an answer.  “Good question. I don’t really know if I’m being totally honest. As I said, I had this story in my head for quite a while, but I can’t really remember what planted the seed there.”

Perhaps one of the pitfalls of many football themed fiction books is how the action is handled. This is particularly the case where the focus of the plot is also a player. Too often, authors struggle with making their skill level believable.

Thacker avoids this issue by making his lead a coach, albeit one who very nearly made it.

“​First of all, I wanted the main character to be ‘one step away’ from the game, as otherwise it would have been easy to get sucked into just describing a player in a game over and over again,” he says. “This way, I could focus on all of the players in the squad, plus add in the areas of responsibility that wouldn’t apply if it was about a player.”

“Giving Jon Moreton a career-ending injury allowed me to have the best of both worlds though.”

He has an altogether more mundane reason for setting the whole story in Spain.

“Geographically, the fictional town of Retama is based on the town where I live. The roads, bars, restaurants and so on all have their equivalents here. His apartment is my apartment and his balcony is where I’m sitting now writing this, looking out over the rooftops towards the mountains in the distance.”

Also Read: How Italy deployed the ‘Overload to Isolate’ tactic to overcome Netherlands

“I should say though, that despite the geography being based here, which allowed me to keep a clear picture of the town in my mind, none of the characters in the book have anything to do with those who live here.”

“The other aspect that needed a lot of research was the lower league structure here in Spain and how promotion and relegation works. It’s quite an involved process!”

This process give it all a realistic feel which is, arguably, what a lot of football fiction books lack. “​I guess it’s because trying to capture the passion of the game and the multiple complications of describing such action is very difficult to capture accurately,” Thacker replies when asked why others have struggled in capturing the game.

“It’s why I tried to avoid much detail of the various games, but allow the reader to imagine much of the details for themselves and paint their own pictures.”

Just one day after publication and this little beauty is up to 163 in the Sports Fiction section on Amazon. To find out why, you can order your copy here. https://t.co/dRht5McZRE

Given his knowledge of the game, it is little surprise that Thacker handles the football side of the writing in a highly realistic and nuanced manner. The challenge for a writer like him used to non-fiction is that of developing characters, situations and settings that make compelling reading.

In that respect, The Games People Play works very well. It keeps you guessing on what is coming next, gluing the reader to the book and keeping the pages turning.

For him, having people who feel that way is in itself is a success. “Well, I guess the first success is getting the story published. Being a first-time novelist seeking a publisher is far more difficult than the normal type of book I write.”

“Other than that, I’m not vain enough to think it will be some kind of bestseller – that would be great, but it’s not going to happen. At These Football Times, we did a podcast about the book a while ago and the guys were keen to ask if there was going to be a sequel.”

“That was really rewarding, but if people tell me that they’ve enjoyed the story, that’ll do for me!”

UEFA Nations League: How Italy deployed the ‘Overload to Isolate’ tactic to overcome Netherlands
Emotional Intelligence: How emotions are managed to achieve success in football coaching
To Top