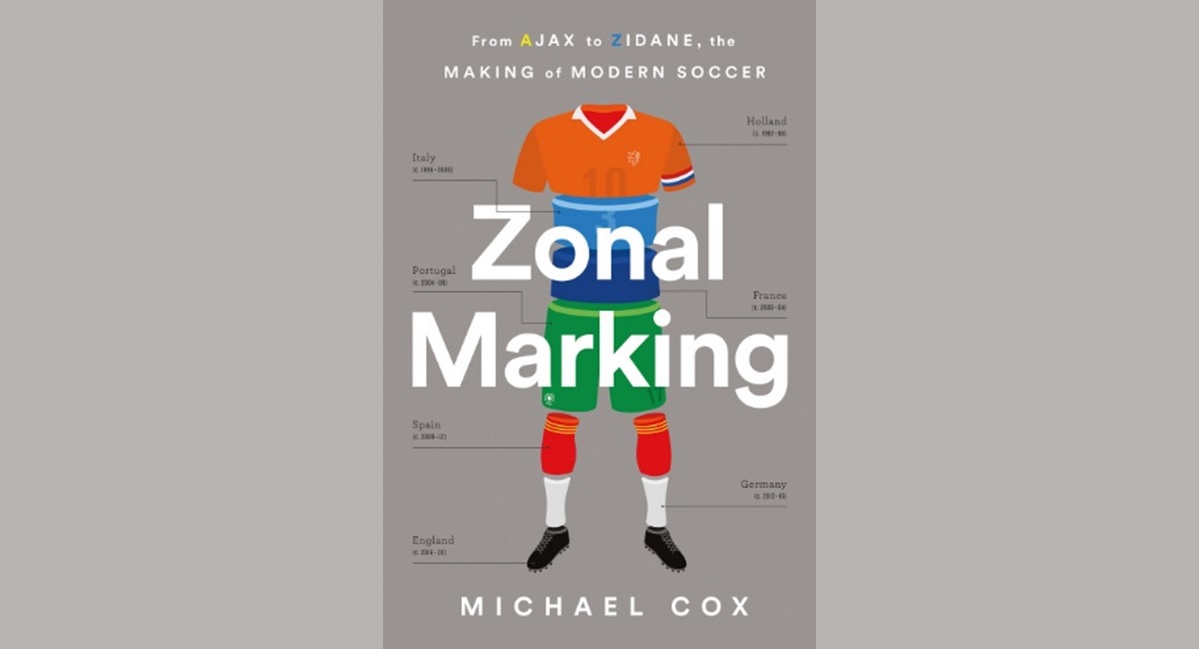 When Michael Cox began writing Zonal Marking, there was little intention to turn it into a book that it is today, as acknowledged in the introduction of the book. Rather Zonal Marking morphed into this behemoth of a tactical bible from an initial plan to consider the prevalent tactics in each of Europe’s seven biggest footballing nations. In Zonal Marking, Michael Cox takes on the hugely ambitious task of mapping out the last twenty-five years of European football tactics – and comes admirably close to managing it.

Very few would be brave enough to explicitly set out to produce such a comprehensive account and Cox ultimately reached the conclusion that the wax and wane of various systems and styles could not be convincingly delineated by geography alone.

A historical element had to be added, taking a particular national tactical innovation and discussing the era in which it enjoyed the most prominence and success Europe-wide. Thus in the opening section, the book focuses on the Voetbal of the Dutch, much ink is spilled discussing Barcelona. The impact of Johann Cruyff exporting the wing-heavy, space-seeking, technical play abroad was significant, and the Catalan outfit is therefore highly relevant to the section devoted to Dutch dominance in a way that simply would not have made sense in a book straitjacketed by strict geographical categories.

This does also serve to highlight the one major shortcoming of the book, one which again Cox is quick to flag up himself. The neat four-year periods of dominance for each national style have an element of unreality about them. Few would dispute, for example, that many of these Dutch principles still underpin football across the continent today, and yet the book’s layout unavoidably paints a picture whereby technical play is unceremoniously ushered out in 1996 as Italian discipline comes to the fore. Cruyff, who is a key protagonist of the Dutch section as the book provides a gripping account of his bitter rivalry with Louis van Gaal, largely disappears only to be resurrected in the ‘tiki-taka’ section devoted to Spain’s emerging dominance in 2008.

Of course, there is an extent to which the sport did regress from this technical approach only to rediscover it, but the neat delineations are inevitably not watertight. If the reader is able to suspend their disbelief surrounding this element, however, they are left with a thoroughly enjoyable and enlightening discussion of tactics on the continent. It assumes a reasonable degree of starting knowledge, but this is probably a fair reflection of people likely to read the book: the man on the street might not be convinced by an entire chapter on the French concept of the ‘water carrier’, but to someone interested in football tactics it provides a fascinating insight.

This is seamlessly coupled with anecdotes from the era with which Cox associates the tactics he is discussing. Having spent the early part of the chapter discussing  the key role Didier Deschamps played in allowing Zinedine Zidane to operate with freedom further forward, the book then brings in a quote from Zidane regarding the departure of another ‘water carrier’ to be replaced by Beckham at Real Madrid: “Why put another layer of gold paint on the Bentley when you are losing the entire engine [Claude Makelele]?”

This is not the only instance where Cox’s careful tactical deconstructions are juxtaposed with some rather more broad-brush quotes from the players and managers involved. This is in many ways the biggest strength of the book: it cuts through the oblique metaphors and worn clichés often trotted out by footballers and pundits alike, explaining in simple but detailed fashion how the game has tactically evolved since 1992.

In general, it also avoids the risk of becoming joyless in these explanations. This is seen through the account of the remarkable 7-1 triumph of Germany over Brazil in the 2014 World Cup. Cox runs through the minutiae, explaining the build-up to the second goal in these terms: “Marcelo was again caught too high at a transition, and on the counter-attack Muller’s near-post cross was cleared for a throw-in… Germany [then] worked a passing combination, and Marcelo dropped too deep, playing Muller onside.”

The analysis cannot be faulted, and it is refreshing to see a dissection of the game not solely fixated on the emotive power of the Brazilian humiliation, but the author is wary of losing his audience – he soon follows this up with the scarcely-believable story of Mesut Ozil apologising to David Luiz at full-time for the extraordinary margin of victory.

Cox understands the need for this kind of human interest even in a book dedicated to tactics. The opening account of the van Gaal and Cruyff feud sets the tone for a number of personal battles that emerge throughout. In the final chapter, devoted to the melting pot of tactics from around Europe seen in the Premier League today, the duel between Guardiola and Klopp is covered in enjoyable detail.

The Italian struggle between ‘catenaccio’ and a more adventurous Dutch import provides one of the most compelling parts of Zonal Marking – once more, detailed tactical explanations of what exactly a libero does are interspersed with amusing snippets. A comment from Paulo Maldini – following his father’s appointment as national manager and installation of a libero – is recorded: “If Dad tells me how it is done, then no problem!”

The epilogue is arguably the point where the book finally spreads itself too thinly, asserting the strength of football as a looking-glass into wider social issues and as a tool for unity in a way that does not really tally with any of the preceding discussion, but then again the sheer breadth of the content written about makes the task of summing it up an unenviable one. It is impossible not to admire the amount of ground covered, and in some ways, it seems only fitting that Cox tries to use his two-page epilogue to squeeze that little bit more out of a genuinely impressive piece of work.

FOCUS: An underrated variable for success in Football
Book Review: Cheers, Tears and Jeers – A History of England and the World Cup
To Top