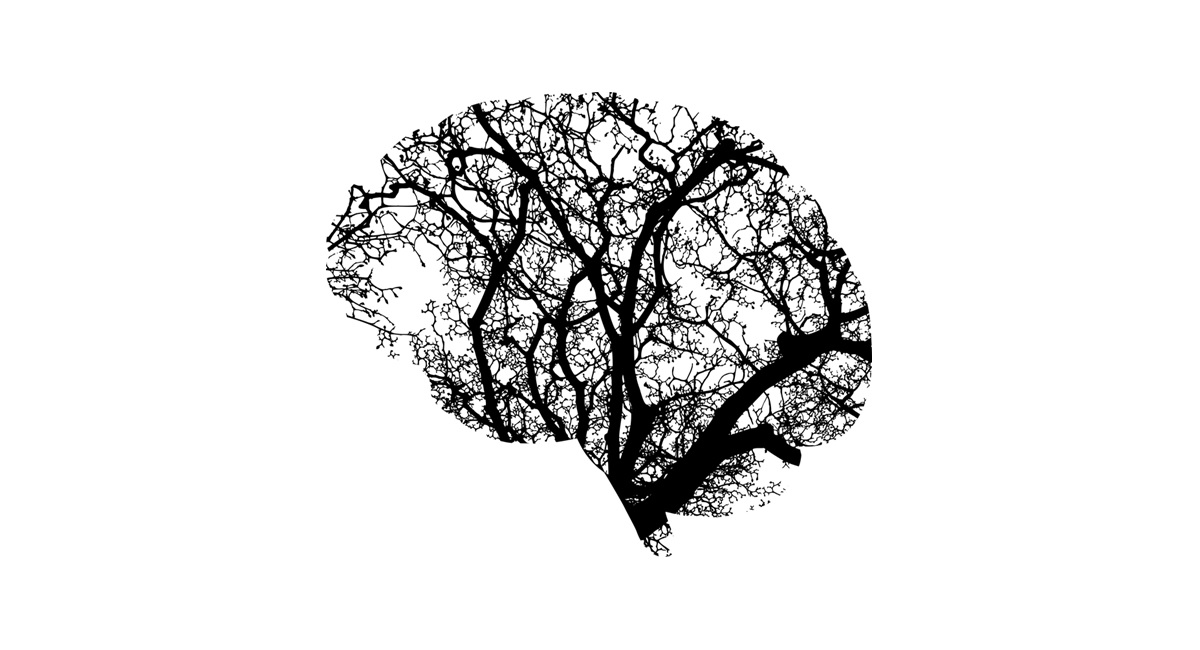 Life can be hard for a goalkeeper. Not simply because a mistake normally results in a goal being conceded – most goalkeepers come to accept and have strategies on how to deal with that – but for what happens in the time when the game is being played away from goal. It is in those moments that thoughts can wander and concentration lapse. It is then that a quick counter attack might find them unprepared or they might have failed to track the movement of some players, which results in them conceding a goal.

And yet, that is a rather simplistic way of viewing. Focus – because that is at the heart of the matter here – is often considered to be the ability to concentrate on something for a period of time. There is much more to it though.

In 1976 Dr. Robert Niddefer, an Associate Professor at the University of Rochester, delivered a paper that would go on to become a foundational one in sports psychology. In ‘Theory of Attentional and Personal Style’ he looked at how athletes follow action and identified two key elements through which attention can be gauged: direction and width.

The direction of the attention relates to where it is focused, whether external (what the coach is saying, how fans are behaving, the weather) or internal (thoughts about earlier incidents in the game, physical sensations, general worries).

Width, on the other hand, refers to the number of factors that the athlete is taking in. An example of broad focus is that of a central defender caught facing a counter attack who has to keep track of where his teammates are, where the player carrying the ball is running to, what runs other players are making. For a player lining up a penalty shot, however, all that matters is the action that he has to carry out in that moment; for them all that matters is the narrow focus on what they have to do.

All of this combined provides a workable model to determine the focus style that is being adopted by the athlete. Most people will have what is a default style for them; a combination of and varying intensity of these attention modes. The thing is, however, that during training or a game a player cannot remain in their preferred attention mode all the time.

There are two factors which are key for players. The first one is obvious, the ability to focus on the right cues. Taking offence at what a supporter is shouting at you or the insults from an opponent are, clearly, not what you want to be paying attention to. That can be easier said than done. After all, a player is bombarded with cues both internal and external, which only tend to increase the higher up the game one reaches.

The ability to filter out such useless pulls on one’s focus can make a telling difference in what a player can achieve during their career. It is also the reason why not all players are immediately ready for the bigger stages and why it makes sense to send them out on loan. Learning to deal with such elements forms part of the ‘gaining experience’ that players are said to be doing whilst on loan.

An ability to shift the kind of focus as is required in that moment is the second key requirement for players. The most obvious example of failure to shift between modes of focus is when a player goes to hit a ball and misses completely. “He took his eyes off the ball,” is how commentators put it. In reality, that player simply hadn’t managed to properly narrow focus from its wide state – looking at where players and goalkeeper were placed – to a narrow one, which is the act of properly hitting the ball.

Perhaps the most iconic game of Jose Mourinho’s time at Inter Milan was the Champions League semi-final against Barcelona at the San Siro. Given that he carried over his history against the Catalans from his time at Chelsea, there was an added edge to the game and on that occasion, the Portuguese came out the winner with Inter building up a 3-1 lead. Still, not everything went according to plan for him.

With fifteen minutes to go, Mourinho had replaced the tiring Diego Milito with Mario Balotelli. The aim was clearly that of replacing a tiring player with one whose strength and technique could win his team valuable respite from Barcelona’s pressing.

What transpired, however, was nothing of the sort. Instead, the striker spent most of his time gesturing at the home fans – with whom his relationship had soured – and not bothering to follow his coach’s instructions. As an incensed Mourinho tried to get him to track back when Barcelona attacked, Balotelli opted instead to move about leisurely, waiting for the ball to come his way. It was the game that finally convinced Inter that it would be better to cash in on the striker.

That is but one incident of a career during which Balotelli has failed to express his supreme ability with any consistency. Among the constants of his time in Italy, England and France has been his inability to focus attention where it truly matters.

As Niddefer stated in his paper, “it is hard to imagine a variable more central to performance than the ability to direct and control one’s attention.” Which, translated into football terms, means that whilst talent is obviously vital it is often wasted if the player is not capable of focusing on what is going on around him or what the manager is instructing.

Balotelli is hardly unique in this respect but he does provide arguably the most expressive instances of an inability to focus. For others, that incapacity might be more hidden. A defender who switches off at least once a game but whose performance is otherwise good is such an example.

Intrinsically, coaches have come to realise that not all players can handle such switches in their focus. It is why they try to automate actions as much as possible, so that the most common actions can be handled without the need for the player to think let alone focus. Critically, it is managers who work with players of a certain quality who are most focused on this, a prime example being Roy Hodgson. Most of his success at smaller clubs have come through his work on the training ground where he drills into his players what they need to do in specific moments during games.

As Danny Murphy, who played for Hodgson at Fulham and who has often championed his former manager, explained, “He doesn’t sprinkle magic dust on us. The manager and his staff work hard to make sure the lads know their jobs.” That is the key to Hodgson’s – and many other managers’ – methods. Repetition and clear set of instructions free the players from having to focus on a number of alternatives and instead they can direct their attention at a number of actions that they have been trained into executing with almost mechanical automaticity.

This is not a criticism of Hodgson but instead an appreciation that, given the quality of players he often has under his command, it is the best way to ensure they get the results they need. If a central defender is not particularly adept with his feet, asking him to play the ball out of defence is not only going to put him under pressure to routinely execute skills that he does not possess, but you are telling him to do this on top of paying attention to all the moving parts around him on the pitch. It is better to instruct such players to “lump the ball up the pitch”, thus zooming in their focus.

The reality, of course, is that most football coaches try to introduce a degree of familiarity in their teams’ movements. For the players themselves it is beneficial to know what runs their teammates are going to make. Perhaps the clearest of instances where coaches train players to focus attention involves goalkeepers. In an interview on his methods, the former Barcelona goalkeeper and current PSV Eindhoven goalkeeping coach Ruud Hesp explained how they help train goalkeepers to command the attention of their defenders.

“It is difficult and that also needs experience. But if you start training that aspect from a young age then you can develop it. What we try to do at PSV is to give them some words that they have to use according to the situation.” Hesp added, “That way if they grow up or get to another team then they know what to do. At the same time the players know that they mean when they state those words. If you train that from a young age they get used to it. It becomes a habit.”

These are known as ‘trigger words’ which are essentially phrases that players are trained to recognise in order to focus on a specific action or to execute a particular act. As Hesp stated, the aim is to turn these actions into habits so that the players do not have to think too much about what they need to do. If a goalkeeper shouts that it is his ball, for instance, defenders know that they do not need to try intercepting it.

By removing unnecessary distractions in this manner, coaches enable their players to focus on what really matters during the game thus facilitating their entry into a state of flow. Indeed, completely focused attention on what they need to be doing is necessary for them to achieve the kind of optimal performance that is implied by that statement. Whilst a growing consciousness over the importance of focus is leading to a generation of coaches who are eager to ensure that players develop techniques to be able to focus or else limit the possibility of them not doing so, the ideal is to have players that are naturally capable at being in that state.

Yet it is debatable if attention is among the key considerations for clubs when they are looking at new recruits. In a 1995 paper titled “A multidisciplinary approach to talent identification in soccer”, it was identified that coaches mostly noted technical and tactical abilities as the most important with psychological – which includes ability to focus – coming into third place in their considerations.

This is understandable to an extent since technical and tactical skills are easier to gauge. There is also the belief, which is correct albeit to an extent, that focus can be improved, meaning that players with limited attention can be improved. Such a way of looking at things seems to be ingrained in people and is baked into even the common statistics that we look at.

Many, for instance, focus on the number of passes that a player completes to value their ability, which is good. Yet there is also a big difference between an adventurous pass made in the 5th minute and one made in the 85th minute, when fatigue will dull the ability in most athletes. The same applies to the level of pressure under which a player is when a pass is made.

Indeed, it feels that whilst the appreciation for focus has increased it is still not fully integrated in football consciousness. Whilst that remains the case, opportunities are there for those who manage to properly factor it into their systems – on and off the pitch – to build a significant lead on the rest of the game.