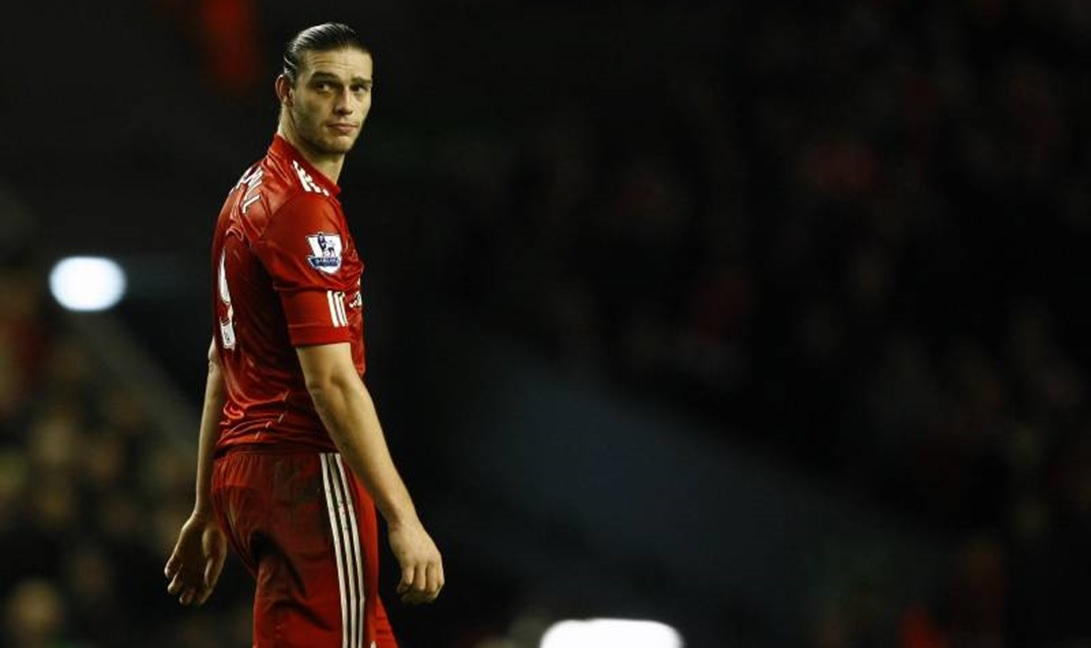 Many Liverpool fans still have a soft spot for Andy Carroll. He never came close to living up to his £35 million price tag at Liverpool, and the fact that he was the high profile arrival on a day when Luis Suarez also came to the club now beggars belief. However, when his Newcastle homecoming was announced recently, I could not help but find myself rooting for him.

Part of this is undoubtedly the mantra drilled into all Liverpool fans from a young age – You’ll Never Walk Alone is not entirely unqualified, but so long as a player puts the effort in while wearing the red shirt then they will be the beneficiary of this sentiment.

There is also a degree of more generic footballing romanticism to returns such as these: most people were similarly eager to see Wilfried Bony succeed in his second spell at Swansea following the ultimately ill-fated move to Manchester City. However, with Carroll specifically, there is more to it. He carries with him a feeling that there could have been more, that there is something still unfulfilled. He has been a huge victim of circumstances from almost the moment he left St James’ Park, and so his return brings with it a hope that his luck might finally change.

The odds were stacked against Andy Carroll from the minute he arrived at Anfield. He had the unenviable task of replacing Fernando Torres, signed by Chelsea on the same dramatic deadline day that Carroll got his own move. The Spaniard, as well as being supremely talented, had been the darling of The Kop; he was idolised in a manner experienced by precious few, and with the wounds of his departure still not just raw but gaping it fell to Carroll to don his number nine shirt.

It was an unfair burden to place on a man who had just turned 22. Liverpool had already lost a steady stream of big names prior to Torres’ departure, and the club was starting to resemble a sinking ship: El Nino had the kind of talent that could paper the cracks, but Carroll was always going to need competent support if he was to excel. There is no denying that he was far more limited than his predecessor, but his prolific Newcastle days gave a vivid demonstration that he could nonetheless be effective in the top flight if utilised properly. Instead, he was expected to slot seamlessly into the hole left by Torres and fulfil a similarly talismanic role, all the while fending off vocal criticism that he was unsuitable for Liverpool.

Add to that the fact that he was injured when signed, and therefore could not even make his debut for the club for over a month. The circumstances could hardly be worse. As Carroll worked on his rehabilitation, Liverpool continued to struggle: expectation and doubt both began to spiral before he had even stepped on the pitch.

Even against this daunting backdrop, Carroll looked for a time as though he would overcome the obstacles in his path. A stuttering start littered with appearances from the bench did little to reassure the fans, but just over a month after his debut the Geordie announced his arrival emphatically. He was the star of a 3-0 triumph over Manchester City, scoring on either side of a Dirk Kuyt strike to secure a win that kept hopes of European qualification distantly alive. The goals might as well have been designed to silence the doubters: the first was an excellent long-range strike, which showed that Carroll brought much more than just his height to the table, while the second was a towering header that demonstrated the new dimension his physicality could bring to the team.

City were not the juggernaut that they are today, instead they were in sort of an anomalous transitional phase that saw the likes of Kompany, Silva and Yaya Toure line up alongside Joleon Lescott and Gareth Barry, but the victory nonetheless showed that Carroll need not be out of place at the top of the game.

He did not find the net for the rest of the season, but certainly retained the confidence of legendary forward Kenny Dalglish. The Liverpool icon had arrived at the club for his second managerial spell in the same month as Carroll’s move from Newcastle. As a player, the Scot scored over 100 league goals for the Merseyside outfit, and his faith in the big striker could therefore not be readily dismissed. He continued to feature regularly during the 2011/12 campaign, and opened his league account for the season with a goal in the derby against Everton.

This was a feat he repeated in the FA Cup semi-final at Wembley. His late winner ensured it was the red half of the city that would get a second trip to the capital for the final. This was not the first time that Carroll had found some joy in the cup competitions – he had got off the mark for the season with a goal in the League Cup, a trophy he would go on to lift following an eventual triumph over Cardiff City on penalties. He also struck in the third and fifth rounds of the FA Cup, as well as setting up Dirk Kuyt’s dramatic 88th minute goal against bitter rivals Manchester United in the 4th round.

This represented a more than reasonable patch of form in the latter stages of the season, and Carroll went into the FA Cup final with a significant number of fans starting to believe that he could truly become a success at the club. Enough time had passed for him to emerge from Torres’ shadow, and he was finally managing to utilise his own more limited array of talents effectively. He would have felt somewhat hard done by not to have been granted a start in the final, but he certainly made his presence felt from the bench.

Also Read: Can Virgil van Dijk become the next defender to win the Ballon D’Or?

With Liverpool trailing by two, Dalglish turned to Carroll. He soon made a difference, firing past Petr Cech to halve the deficit and give his side a route back into the game with twenty-five minutes to go. Chelsea, who had been cruising prior to the switch, now found themselves pinned back. Waves of Liverpool pressure looked to have finally paid off when Carroll rose imperiously to meet a Luis Suarez delivery; a despairing Cech got something on the ball, diverting it on to the underside of the bar, but as it bounced back down the striker wheeled away to claim the goal.

Echoes of Luis Garcia’s ghost goal reverberated around Wembley, which seemed almost frozen as everyone looked to the referee. Goal-line technology had still yet to be introduced, so the definitive answer will never be known, but crucially the officials were unmoved. No goal.

In a moment, it was over. Kenny Dalglish’s League Cup success was not enough to convince the owners to hand him the managerial job on a permanent basis, and Carroll would never play for Liverpool again. A centimetre more, or a different referee, and this would not have been how events transpired: A Carroll-inspired Liverpool getting back on level terms and with all the momentum would have fancied themselves in extra time; FSG could surely not have brought themselves to dismiss a club legend who had retrieved a dismal season by winning two trophies. Even if they had, perhaps the incoming Brendan Rodgers would not have been so quick to farm out the cup hero on loan to West Ham within weeks of his arrival.

Instead, Carroll’s steadily improving form was curtailed brutally. Rodgers, nothing if not an ideologue, deemed the big man surplus to requirements given the way that he wanted to play. A combination of immense aerial threat coupled with more than serviceable ability on the ball was precisely what had endeared Peter Crouch to The Kop some years earlier, and there is no reason to think that Carroll could not have gone on to achieve similar cult status as a squad option had he been granted the opportunity. As it was, he was shooed out of the door just as unceremoniously as Dalglish.

The loan move was ultimately made permanent, and a seven-year spell with West Ham suggests that Carroll at least found a change of fortune in his new home. This does not tell the whole story, however. The Hammers persisted with Carroll for a long time because his quality was evident whenever he took to the field, but his actual game time was cruelly and heavily limited by a succession of injuries. He only once surpassed 25 league appearances, and was absent for well over half of the total available games during his time with the club.

A centimetre here, a bad landing there: the finest of margins can make or break a game, a season, a career.

This is inherent in the very nature of the game, and is only going to be amplified by the rolling-out of VAR. A fibre on a shirt or the distinction between ‘shoulder’ and ‘arm’ is now the difference between agony and ecstasy. There is an argument to be had about whether such infinitesimal margins were ever meant to be decisive when the rules were drawn up, particularly in relation to offside, but for the foreseeable future it appears that discrepancies so fine as to be essentially random will dictate the winners and the losers.

For Carroll, it is about time that he is a winner again. The goal that never was, is a microcosm of his luck ever since leaving St James’ Park: it represents the fondly remembered Liverpool impact player that never was, the 100-goal forward that never was, the injury-free prime season that never was. It is too late to recover any of these things, but maybe a return home can finally bring some respite for Carroll from a barrage of bad luck. I hope it does.