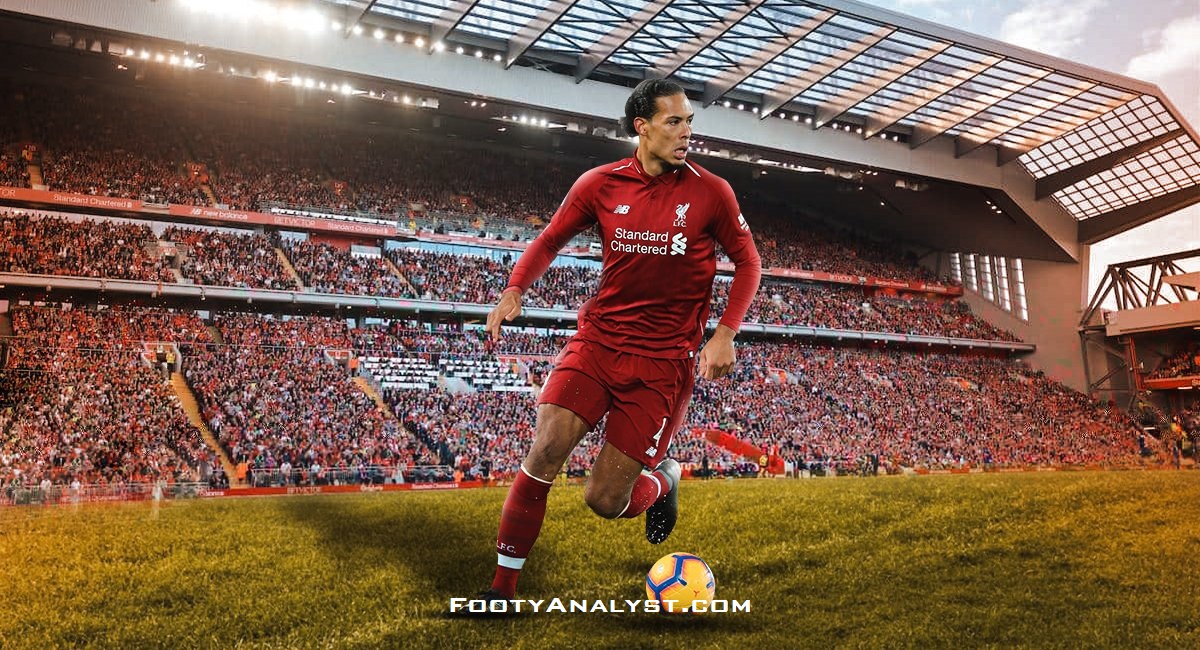 The last time a defender won the Ballon D’Or, it was 2006. Fabio Cannavaro had played a key role in guiding Italy to the World Cup, as well as securing a league title for Juventus. This would be stripped from them as the match-fixing scandal broke in the summer, but Cannavaro responded by securing a move to Real Madrid, becoming one of the last of the original ‘Galacticos’ and laying the foundations for what would go on to be a championship-winning season.

Also Read: Progression Is Its Own Form of Success for Liverpool

For any ordinary player, this represents a supremely successful year – little did the footballing world know that two entirely extraordinary players were soon to dominate the game. Kaka fended off Ronaldo and Messi for one last year in 2007, keeping the pair of them at bay in second and third respectively, but in the subsequent decade nobody else was given a look-in.

This duopoly was finally broken last year, with Luka Modric controversially receiving the award and Messi missing out on the top three altogether, but the wait for another victory for a defender goes on. The bookmakers have made Virgil van Dijk the favourite for this year’s award, but it remains to be seen whether another defender would be recognised on the Ballon D’Or stage.

In one sense, it seems wrong to compare Van Dijk’s year to that of Cannavaro in 2006. The World Cup is the biggest prize in football – the silverware that the Dutchman has accrued cannot be equated with this greatest of achievements. However, he can only be expected to win what is available to him; the Netherlands progressed to the final of the inaugural Nations League, the sole international trophy on offer to European teams in 2019, and while they were ultimately denied by host nation Portugal, it was a more than a respectable showing.

Like Cannavaro, Virgil van Dijk wore the armband for this journey to the final. The game against England showcased just how good he has become: he has reached a level where he gets booed seemingly for no more than being irritatingly gifted.

On the domestic front, van Dijk’s season arguably compares favourably to that of Cannavaro’s. While the league evaded Liverpool, they nonetheless recorded the third-highest points tally in English top-flight history; this is surely more worthy of praise than a league title that is ultimately taken away because of corruption. There is no suggestion that the Italian shouldered any personal blame for the scandal, but it still serves to take the gloss off the part of his remarkable individual year spent at Juventus.

Furthermore, van Dijk’s Liverpool lifted the Champions League – if the World Cup is the pinnacle at international level, this is the peak of club football. Purely on the basis of honours, therefore, there is a strong case that van Dijk would be worthy of receiving the mantle from Cannavaro for the latest defender to win the Ballon D’Or.

In addition, van Dijk was instrumental in these successes. The Ballon D’Or is at its core an individual award, and few players have ever had such a transformative effect as the Dutchman. His emergence as a world class centre-back has formed the basis of the remarkable renaissance of The Netherlands, who have bounced back in style having failed to even qualify for the 2016 Euros or 2018 World Cup. Manager Ronald Koeman remarked that this success is built from the back – along with emerging talent De Ligt, van Dijk forms one of the most formidable partnerships in world football.

Similarly, Liverpool have been a different team since van Dijk’s arrival. His influence has only grown since his move from Southampton in January 2018, and in his first full season he has formed the bedrock of the best defence in the league. Just 22 goals were conceded all season – others played their part in this, not least record-fee goalkeeper Alisson, but the Dutch defender has rightly taken a significant chunk of the plaudits. It was only three years ago that Liverpool conceded 50 goals in the league; it is hard to argue with the fact that the man principally responsible for such a drastic turnaround is in the conversation for the greatest individual award the game has to offer.

It is nonetheless instinctively hard to accept the notion that Virgil van Dijk could truly be the best player in the world in 2019. At least some of this is down to the relative lack of glamour of defenders: “not dribbled past all season” is a frankly remarkable statistic, and yet it is not nearly as tangibly impressive as “31 goals between January and June”, the stat boasted by Lionel Messi. The fact that van Dijk offers some eye-catching contributions at the other end of the pitch may duly help his chances. He has six goals of his own this year, reflecting the threat he poses from set pieces – not quite a 30+ tally, but highly respectable for someone who is principally renowned for his defensive talents.

However, the artificiality of this comparison reflects the deeper issue with deciding who is ‘worthy’ of the Ballon D’Or – by its nature it requires the weighing-up of incommensurables. Does an imperious refusal to be beaten in one-on-ones make Van Dijk “the Messi of defending”? No, because there is no such thing: it is a contrived question.

The decision to give the award to Modric last year was roundly criticised, and indeed it was surely ludicrous to not even afford Messi a spot in the top three, but ultimately it is an example of the same problem – the contributions of the best playmaking midfielder of the year could not be balanced against the work of the top attackers in any meaningful sense. Given that Messi is himself one of the greatest playmakers the game has ever witnessed, there was perhaps a little more scope to argue that the win for Modric and snub for the Argentine was undeserved; when the two main candidates are an attacker and defender respectively, however, there is simply no point of commonality to sensibly compare.

The only question that can reasonably be asked, therefore, is the degree to which van Dijk and Messi respectively have stood out from other players in their positions. It will always be extremely difficult for anyone to stake a claim to beat Messi in this respect: he is surely the best that the world has ever seen, and over the course of a glittering career has redefined what it is possible for a forward to contribute. At least in terms of natural ability and sheer aesthetic joy, nobody comes close to him. Van Dijk himself recognised this greatness in tipping Messi for the Ballon D’Or in the aftermath of the Champions League final.

The prize is of course awarded annually, and the Messi of 2019 is not the same freak of nature who notched a staggering 90 times in 2012, but it would be grossly unfair to make him the victim of his own brilliance; even functioning at half the level of that logic-defying year, he remains in 2019 a cut above almost every other attacker in the game. Cristiano Ronaldo, whose hat-trick against Switzerland helped drag Portugal to Nations League glory, is still capable of making a case, but even a decade on from the start of the pair’s dominance in the award they continue to operate largely in a league of their own.

However, in defence, it is genuinely fair to say that the same is true of van Dijk. Lots of central defenders can match him in certain qualities; he is not the only one to possess immense physicality, or inch-perfect distribution from the back, or dominance in the air. He is, though, the only player currently operating to such an elite level in all of these metrics. In a similar way to someone like Messi or Ronaldo, he represents what a player in his position would look like if a coach could build one from scratch: he truly has it all. Conceived of in this manner, it is far from unthinkable that van Dijk should be considered a worthy winner of the award.

This is still an imperfect way of deciding between two players that are fundamentally excellent at entirely different things, and if Lionel Messi takes home yet another Ballon D’Or to add to his collection then nobody could say that it was undeserved. The case for van Dijk, though, is a very real one: if ever the time was ripe for a defender to win the award once more, it is now.

Are Pogba and Ozil at fault or are they just media scapegoats?
Alex Oxlade-Chamberlain: The old becomes the new
To Top