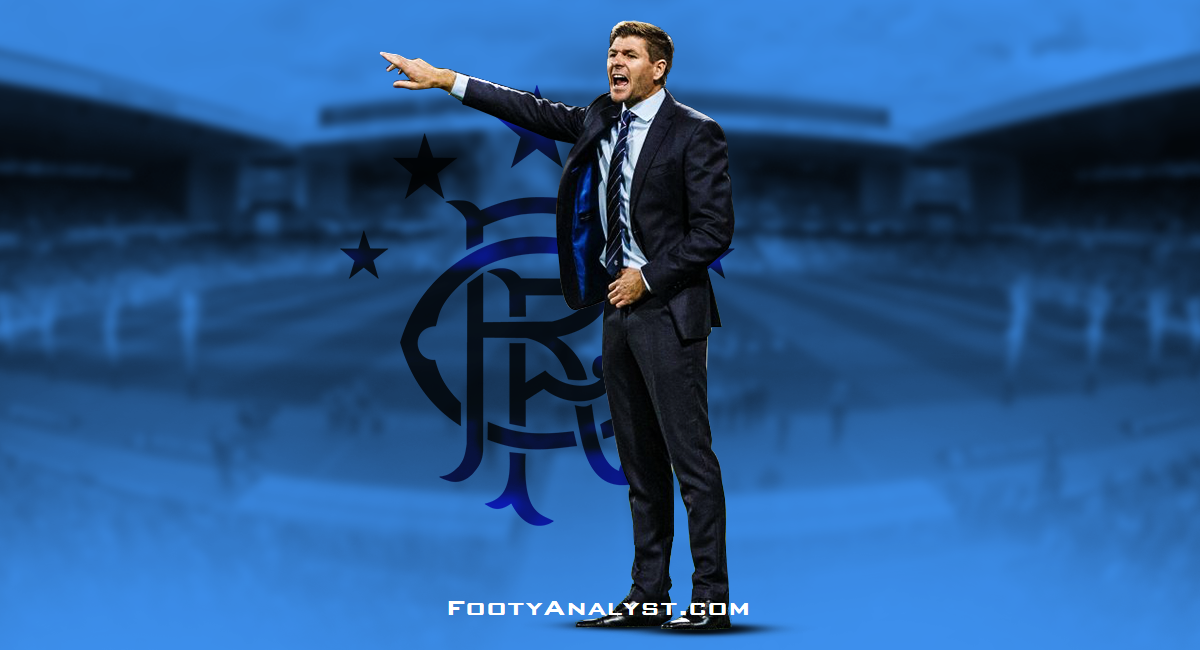 It took them until the final hours of the 2019 summer transfer window but, in the end, Rangers managed to sign Ryan Kent. The fact that Rangers put up the £6.5 million that Liverpool were asking for was an unexpected if pleasant surprise. They had not paid such fees for almost two decades and even then Kent became the second most expensive signing in their history. That they were willing to sign Kent said a lot about the faith they had in his abilities. But it was also proof of how highly their manager Steven Gerrard was rated.

Although Gerrard had been pretty composed when he spoke of Kent, and never publicly put pressure on the club, it was clear that this was a transfer that he wanted to get done. That desire was amplified when a defeat against Celtic soured what had been a very good start to the season.

In itself, that is pretty telling.  The feeling at the beginning of the season was that Celtic were within catching distance and, whilst losing the first Glasgow derby shook the belief in the strength of the squad, it did not taint the high esteem in which Gerrard is held. Within a couple of days, they underlined that faith in the manager by giving him the player he clearly desired.

It is easy to forget that Gerrard walked into a club that was in meltdown; one that had just been thumped 5-0 by Celtic and about to finish third in the league. There was little money and so their future looked bleak. Rangers had also recently been humbled by Luxembourg side Progrès Niederkorn who beat them 2-1 on aggregate.  It was, arguably, the most humiliating moment in the club’s long history.

So chaotic was the club’s state that many felt Gerrard was taking a huge risk in joining them; that the job would end up wrecking his managerial career before it started. Then again Rangers were also taking a risk. Gerrard had displayed leadership qualities throughout his career but his only previous experience was a season spent with Liverpool’s U18s.

The mere presence of someone of Gerrard’s status immediately lifted the mood at Ibrox. Coming from Liverpool, he instinctively appreciated the desperate hunger for success that runs through the club and reflected this in his attitude. Initially, it was the mere presence of a footballing legend that got the whole environment excited, but quickly there was the realisation that he was someone who could get the team moving forward. Indeed, the transformation came immediately.

No one who has seen or heard Gerrard over these past months can be in any doubt that winning is the only thing that he is interested in. Fans appreciate that whilst he could easily have made an excuse of the situation he inherited, he has instead focused on building the belief within the club. He is honest with his opinions, in defeat as much as in victory, whilst also being forthright when judging players whose performances fall below the standards he expects of them. Whilst he respects what Celtic have achieved and their recent dominance of Scottish football, he does not see Rangers as being in any way an inferior club.

Nor does he show any inferiority in Europe. While Rangers had been beaten by Luxembourg’s fourth best team before his arrival, Gerrard promptly guided them through four qualifying rounds and all the way to the group stages.

Eventually they were knocked out but not before registering an impressive win against Rapid Vienna along with excellent draws with Villareal (twice) and Spartak Moscow. This might be Europe’s second competition and a poor relative to the Champions League yet these results marked a significant improvement for Rangers.

Their results also improved in the league, including an impressive 1-0 win against Celtic in a game where Rangers dominated and should have won by more. To be champions, however, one needs consistency and that is something that Rangers lacked in the second half of the season. A series of winless games eventually confirmed Celtic’s title triumph and also killed Rangers’ hopes of making it into the final of a cup competition; twice missing out against Aberdeen.

Rangers’ inability to win any competition was disappointing but ultimately the feeling around Gerrard’s first season was one of hope. The team had an identity once more; playing the kind of aggressive, attacking and pressing football one would expect of a coach who has clearly been influenced by Jürgen Klopp.

Yet describing Gerrard’s Rangers as being merely a Liverpool clone is reductive. As the season progressed, the improved familiarity with both team and league led to certain tweaks being applied. The shape of midfield has fluctuated depending on which strikers were available whilst fullbacks have been carving an increasingly more prominent role.

This season’s 5-0 thrashing of Aberdeen showcased Gerrard’s increasing tactical mastery. Against a side that had proven to be quite challenging in his first season, he overloaded the midfield by pushing his fullbacks higher up and withdrawing his strikers. This allowed Rangers to control the game – they ended up with a 74% possession rate – whilst the fluidity of his players enabled them to exploit the gaps that their man-marking opposition inevitably left. Gerrard’s tactics allowed them to dominate the game.

Naturally, there have been times when he got things wrong but, importantly, the lessons served on those occasions always seem to be well absorbed. Whilst Gerrard himself freely admits to constantly learning new things in his current role, he has also displayed an impressive ability to improve his players.

Alfredo Morelos arrived in Scotland from Colombia as a 21 year-old via a circuitous road that had taken him to Finland. He did well enough in his first season despite the club’s struggles but his talent really started to shine once Gerrard joined and started to shape Rangers’ attack around him. This led to the striker scoring at an impressive rate (thirty by the end of last season) but there has been more to his evolution.

On the pitch, discipline was a big problem for a player who was sent off four times during Gerrard’s debut campaign. Even that improved once Gerrard took him under his care (no sending offs so far this season) which is another sign of his increased maturity; so is his greater tactical awareness that, according to Gerrard is improving with the passing of each game.

Morelos is the most high profile beneficiary of Gerrard’s coaching but not the only. It is hardly surprising given that the manager has adopted the attitude “It’s so important to never stand still, I always had that attitude as a player. When coming into my 30s I was always looking to improve all parts of my game, and I want to continue that mentality as a manager.”

Again, the set-up he has developed has been crucial for this. Gerrard has surrounded himself with trustworthy individuals who could help him without being afraid to approach him. Men like Gary McAllister, Michael Beale and Jordan Milsom have brought with them a valuable mixture of experience, tactical insight and ability to develop players.

It was something of an off comment, but when Jürgen Klopp said that “If you ask who should follow me, I’d say Stevie [Gerrard]. I help him whenever I can,” it predictably made headlines. It is an open secret that Gerrard wants to manage Liverpool at some stage in his career and Klopp’s endorsement is hardly going to dampen expectation on Merseyside where the move is also considered an inevitability.

The fact that Klopp was answering a question on whether he felt the weight of on looking legends like Gerrard and Kenny Dalglish was somewhat overlooked because what mattered was that he had apparently chosen his successor and, upsetting though the thought of losing Klopp might be to Liverpool fans, the idea of Gerrard taking over certainly sweetens it.

Whether things pan out that way remains to be seen. Certainly, in football as in life, matters do not always progress as smoothly as planned. What is certainly reassuring is that Gerrard is proving that there is in him the possibility to be as great a manager as he was a player. What he has done so far at Rangers is already proof of that. What he could go on to achieve should confirm it.

Andy Carroll, Liverpool and a Case Study in Fine Margins
Oliver Norwood: The long road to the top
To Top