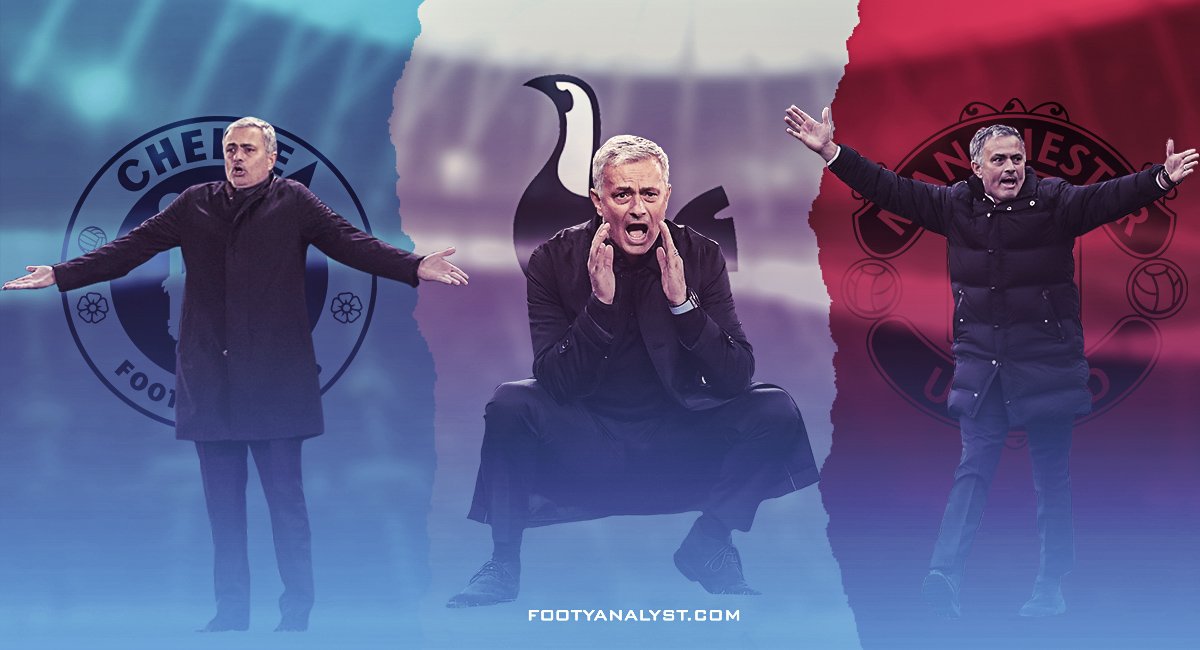 There is this popular image of hypnosis where one person is dangling a swinging pendulum in front of another’s face until they are under their complete influence. There is also the equally popular belief of those who do fall under hypnosis being coerced into doing something ridiculous at the behest of their hypnotist.

In truth, there is much that is not well understood about hypnosis. From the idea that hypnotists can control your mind to the notion that having a swinging object is crucial, much of what people know about it depend on what they experience on television.

The reality is that it is usually carried out through a hypnotist using verbal repetition to heighten one’s focus and concentration so that they get them to a stage where they feel relaxed and, in turn, more open to suggestions.

Most importantly, there needs to be the willingness by those who are hypnotised to allow others to enthral them.

It only took Jose’ Mourinho a few minutes to win over most sceptics upon his arrival in English football. He had already announced himself to the English a couple of months earlier with a gallop along the Old Trafford touch line to celebrate with his players the goal that sent Porto through to the Champions League quarter final.

Now, here he was, in front of the gathered press pack that he first disarmed with his trademark cheeky smile and then won over with his mixture of confidence and charisma. By the time he got to declare himself as the Special One, they were done. Like a talented hypnotist he had enthralled them into blindly believing and repeating his narrative.

For the next few season, the media largely played to Mourinho’s tune. His team – and it is important to stress that he built and pulled together one of the finest sides in the history of English football – achieved success that encouraged belief in his abilities but even so Mourinho showed an extraordinary talent to manage the narrative in his favour.

What Mourinho was doing wasn’t necessarily novel. Indeed, his approach very much fit into what German sociologist Max Weber termed as ‘charismatic authority’ which is the kind of leadership where authority derives from the charisma of the leader.

In a 2013 article for The Blizzard magazine, the writer Roy Henderson picked up on this point but then took it further; going as far as to compare Mourinho to a cult leader.

“When he arrived at Chelsea, he was the shepherd and we were simply his latest dutiful flock,” Henderson stated before going on to identify the four phases in the personality cult leadership template:

“Proclaim that you’re ‘special’ and that you have a vision.”

“Define simple behavioural rules based on that vision.”

“Enforce the behavioural rules by ensuring your followers buy into them.”

“Make sure everything the group does relies on you.”

Mourinho’s management contained all of the above, systematically deployed over a period of time in a strategic manner. He did this at Chelsea and, later, at Inter where his persona was not as widely adored by the Italian press but had such an impact on the fan base that he is still worshiped by the Nerazzurra half of Milan till this day.

In 2010, Eric Dane published a journal article in the Academy of Management Review titled “Reconsidering the Trade-off between Expertise and Flexibility: A Cognitive Entrenchment Perspective.” Whilst that title is not the most enticing, it does contain the seeds of a very powerful concept: cognitive entrenchment.

Over the past two decades popular culture has seen the proliferation of the so-called 10,000 hour rule which supports the belief that a set number of hours of deliberate practise can be translated into expertise in whatever area is being examined. Even though many scholars have voiced their opinion that at best this is an over-simplification of the theory (and, at worst, it is counterproductive) the idea has gained currency because it ‘feels’ right; if someone puts in that much practise in a particular subject they are bound to get very good at it.

What this theory did not factor for is what that obsessive level of focus might be taking away from the individual. Growth comes through a variety of experience yet it is not possible if one’s attention is dominated by one topic. Even if that individual does make it to the very top of their sport or profession, this inflexibility would eventually get to them.

That is the message that Erik Dane delivered through his paper. His argument was that “because of cognitive entrenchment, experts may be restricted in their ability to identify optimal solutions to problems, to adapt to novel situations.”

Also Read: Older and Better: How Brendan Rodgers Managed to Rebuild His Reputation

It is a theory which Mourinho’s career seems to reflect. At Real Madrid, his second stint at Chelsea and Manchester United he has tried to do what he always did but results, whilst still sporadically impressive, are not as convincing as they once were. Where once there was no doubt over his ability to win, now there is largely doubt over his ability to build a side that can deliver success on a relentless basis.

People are no longer hypnotised by his words and his charisma can only go so much. Instead, people look at the style of football his teams play, a style that has not really evolved in step with the times, and see in it the reason why Mourinho is no longer the best manager around. In other words, they see his cognitive entrenchment.

When Jose Mourinho returned to football as Tottenham manager, the expectation was that he would be flanked by his long-time assistant Rui Faria. The two had been together since joining up at União de Leiria in 2001 and had shared most of their successes. For the first time in seventeen years, however, when Mourinho left Manchester United Faria opted to go out on his own when he accepted the offer to manage Qatari side Al-Duhail. Given how closely the two had worked together this seems like a conscious parting of ways, one where both felt that their careers needed a bit of refreshing.

That does not mean Mourinho was going to rip his tactical template but rather re-assess it and give it a new perspective. It is through this lens that his appointment of João Sacramento as his new number two has to be seen. The young Portuguese had earned his coaching qualification by carrying out a study of Mourinho’s tactical periodization methodology.

Yet since that period he had worked for Marcelo Bielsa, Leonardo Jardim, Claudio Ranieri and Christophe Galtier, experiences which are bound to have shaped him (even if the rumour is that Bielsa did not trust the Portuguese whom he considered too close to Marseille’s sporting director). As an assistant head coach, Sacramento’s role is that of organising the coaching in a manner that allows the player to fully fulfil the manager’s thinking.

Inevitably, however, he will also be a sounding board and advisor for Mourinho. It is this influence that could be crucial. Mourinho’s basic thoughts on the game are unlikely to change but having new people around him could help avoid the “cognitive entrenchment” described by Dane.

Sir Alex Ferguson is arguably the greatest manager of the past three decades, a period during which he built a succession of winning teams. His achievements are remarkable particularly because he achieved them despite the world of football changing completely during that period.

To do so he managed to change his approach to players, training requirements and tactical innovations in a manner to counter what everyone else was achieving during the period.

Ferguson’s ability to change was partly down to his refreshing of the coaching team around him. During his time at United he had seven assistant coaches who often left in search of managerial opportunities elsewhere. Every time one of the coaches left it was big news – and every time there were predictions that this would lead to the end of United’s dominance – but Ferguson made a virtue out of these forced departures, using them to bring in people that could help him overcome the challenges that the rest of football world was coming up with.

It was the arrival of Steve McLaren in 1999 that opened up United to the possibilities of sports psychology and video analysis. A few years later Carlos Quieroz brought added tactical insight that elevated Ferguson’s approach. Each time someone new came in, Ferguson added further layers to his management. He was the master of avoiding cognitive entrenchment.

During the enforced break following his dismissal from Manchester United, Mourinho claimed that he was looking for an “inviting project” that would allow him to build a team over a period of time.

More significantly, he claimed that “I took advantage of this break to plan my future, improve my technical staff, give a new dimension to my work without losing my way of being.”

This statement, along with the change in his staff, indicate that he has realised that doing what he did before no longer works to the same degree as it did before. In that respect the Tottenham project came to him at the perfect time. A club that has long been deprived of success and which, perhaps, does not expect it to be delivered as instantaneously as his other recent appointments should allow him to evolve his way of thinking and acting. It might be impossible to hypnotise the media as he once did but there is everything in place for him to succeed again.