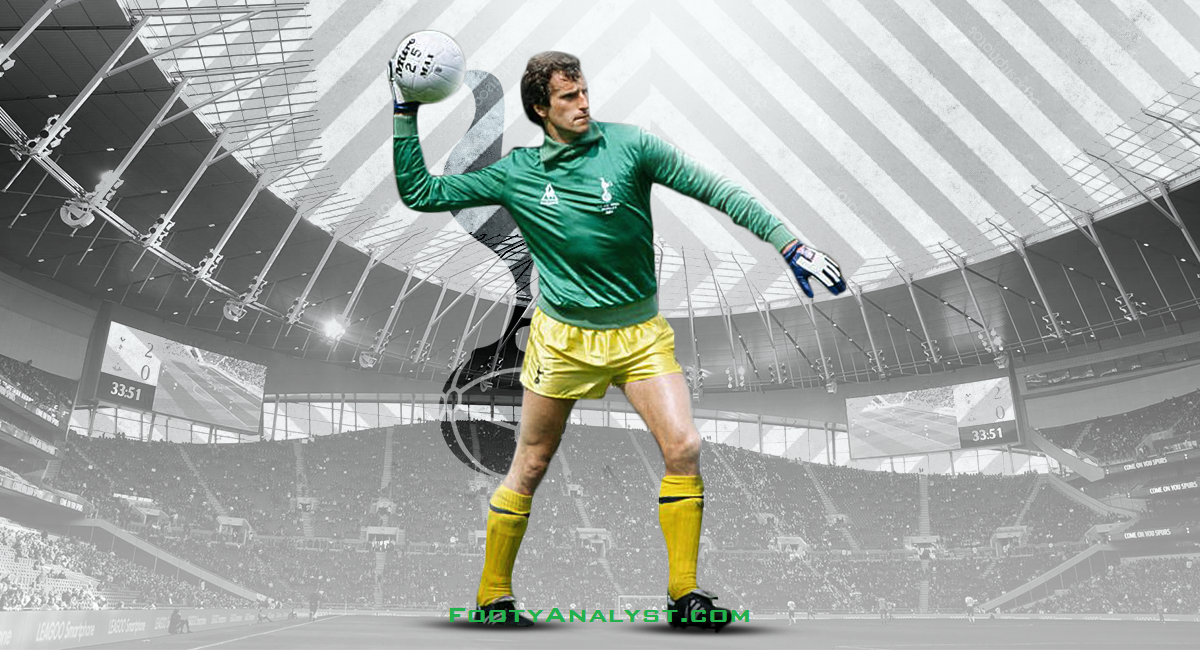 When a professional player enters his thirties, he is often considered well past him prime and in the twilight years of his playing career. Yet, there are those who have transcended the barriers imposed by an ageing body and have channelled the energies of their prime to deliver what many would not have expected. Ray Clemence was one such example.

In 1981, at the age of 33, Ray Clemence decided to leave Liverpool. He had been with the club since 24 June 1967, when Bill Shankly paid a reported £18,000 to Scunthorpe United to take the goalkeeper to Anfield. Across the next 14 years or so, Clemence would accumulate enough silverware to fill the most ostentatious of trophy cabinets. Five League Championships, FA Cup and League Cup triumphs and five Charity Shields added up to a sizeable domestic haul, but there was also substantial success in Europe. No less than three European Cups came his way, along with two UEFA Cups and a UEFA Super Cup. With that lot bringing towards 20 medals, it was good luck that Clemence had pretty safe hands if he was ever required to hold them all at the same time.

Also Read: John Toshack: The manager who led Swansea to 3 promotions in 4 years

Time and tide wait for no man as the saying goes however, and with the arrival of Bruce Grobbelaar increasingly threatening Clemence’s once unquestioned hold on the Liverpool goalkeeper jersey, the player who had appeared for the club more than 650 times decided that it was time to move on. A fee of £300,000 was agreed with Tottenham Hotspur, and the player that has been lauded on the official Liverpool FC website as, “without doubt the greatest goalkeeper ever to play for Liverpool” packed up his gloves, and left Anfield for White Hart Lane.

The previous season had seen Spurs, and their goalkeeper Milija Aleksic lift the FA Cup, beating Manchester City in a replay. Manager Keith Burkinshaw had decided however, that an upgrade was required if the club were to progress, and saw Clemence as the man to fit the bill. Four years previously, Spurs had dispensed with the services of Pat Jennings when they deemed him to be past his best at 32 years old. It was a move later exposed as folly, as the great Northern Ireland international skipped across North London to join Arsenal, where he played more than 250 games in the next eight seasons.

Tottenham had sought to replace Jennings with a younger ‘keeper, but none of Mark Kendall, Aleksic or Barry Daines had proved to be up to the level required. Aleksic only garnered the gloves for the end of the FA Cup after Daines had been injured. It was clear that a goalkeeper of the highest level was required if the club were to progress, and despite Clemence being a year older than the discarded Jennings, Burkinshaw saw him as the best available solution.

It was a not an unreasonable decision. Aside from the success that he had enjoyed with Liverpool at the highest level both domestically and in Europe, Clemence had also featured regularly for England. However, both Clemence and Peter Shilton would suffer when Ron Greenwood, the then England manager, failed to choose a definitive number one for the Three Lions, and introduced the sort of ‘swapper-to-do’ solution that only antagonised both goalkeeping aspirants.

At that time, Liverpool were in a period of dominance both domestically and in Europe. The club had won the First Division title in 1979-80, and would do so again in the first season with Grobbelaar installed as Clemence’s replacement. They also returned to the top of the European tree by regaining possession of the European Cup after beating Real Madrid in the 1980-81 Paris final, with Clemence wearing the gloves.

From such heady heights, it’s inevitable that a move to any other club would be viewed as a step down, but Tottenham’s FA Cup triumph demonstrated that the club were certainly competitive, and perhaps the goalkeeper’s arrival could usher them onto a new level, and able to compete for the league title. The squad already had the abundant talents of Ossie Ardiles, Ricky Villa and Glenn Hoddle – although the two Argentines would later be lost to the club as the Falklands War broke out. They were hardly second rate, but a team that conceded 68 goals in a 42 game league programme clearly had issues to address in defence.

Clemence would make his Spurs debut in the Charity Shield game against Aston Villa and go on to miss only 4 games across the league programme, appearing a total of 61 times in all competitions. His presence clearly had an advantageous effect on the club’s backline as they improved their final position in the league from tenth to fourth; something much influenced by conceding 20 fewer goals than in the previous term. It meant that the Spurs defence had only conceded six goals more than Liverpool had in Clemence’s last season at Anfield. In his absence however, Grobbelaar could claim a similar improvement, bringing the Reds concession of strikes down from 42 to 32.

The improvement in league status at White Hart Lane was certainly not gained at the expense of success in cup competitions. Although they lost in extra-time of the League Cup Final, ironically falling to Clemence’s old club, Liverpool after an early Steve Archibald goal looked, for so long, to be sending the trophy to North London. Ronnie Whelan equalised with just three minutes remaining on the clock and then goals from Whelan, again, and Rush snaffled the cup away in extra time. The European campaign also progressed well until Spurs were eliminated at the semi-final stage by eventual winners, Barcelona. Glory was achieved in the FA Cup though, giving Clemence his first winners’ medal as a Spurs player.

Defending the trophy, a Third Round victory over rivals Arsenal was the sort of start that suggested the cup may well remain in the White Hart Lane trophy cabinet. Further victories over Leeds and then Aston Villa by a single goal both illustrated steady progress and the value of a miserly defence that had yet to concede by the time the Quarterfinals were reached. In March 1982, Chelsea finally broke through Clemence’s defence, netting twice at Stamford Bridge, but Spurs scored three times to progress to the final four where another shutout secured a 2-0 victory over Leicester City.

It meant an all-London FA Cup Final against Second Division Queens Park Rangers, managed by former Spurs player, and future manager, Terry Venables. The Hoops had narrowly missed out on promotion in a tense end to the league campaign. Clearly bent on cup glory as a compensation for missing a chance to join the top tier, QPR were the dominant force for much of the game, as a Spurs team drained by their domestic and continental cup exploits struggled against the eager, but supposedly weaker, opposition.

Indeed, it was very much to Clemence’s credit that, after 90 minutes had been played, the score line was still blank. With just 20 minutes of the additional 30 remaining, Hoddle put Spurs in front when he stretched to fire in a shot that deceived Peter Hucker in the Rangers’ goal before finding the corner of the net. However, with time ebbing away, a long throw into the box by Simon Stainrod was headed on to Terry Fenwick who beat Clemence with a point-blank header that gave the goalkeeper little chance. It took a Hoddle penalty in the replay to see Spurs over the line and retain the trophy.

Also Read: The unexpected joys and controversy of Newcastle United and the 1969 Fairs Cup

The following season was one of consolidation for Spurs, and again they finished in fourth place in the league and qualified for the UEFA Cup. European competition was now becoming a regular feature at White Hart Lane. Clemence’s positive effect on the club’s fortunes were clear to see. The following season however would see their league form tumble, finishing in eighth position. Their negative goal difference also suggesting things may be in decline. In European competition though, it was an entirely different story. The previous season’s league campaign had stamped their passports once more, and this time, they would be needed for quite a while as Burkinshaw’s last season at the helm brought European glory and heartbreak for the team’s goalkeeper.

A First round drubbing of Drogheda United brought no less than 14 goals without reply across both legs, before a much more closely contested Second Round saw an impressive 6-2 aggregate triumph over Feyenoord. In the Third Round, a 1-0 defeat in the opening leg away to Bayern Munich suggested a difficult passage, although the Bavarian team needed all of 86 minutes play before Michael Rummenigge could find the back of Clemence’s net. Back at White Hart Lane though, Clemence and his defenders kept the back door firmly closed as Archibald and Falco netted to ease passage into the Quarterfinals. Austria Wien presented less of a problem after a 2-0 home win had all but put the tie beyond question. In the Semi-Final, an away goal’s triumph was needed against Hajduk Split to get Spurs into the Final.

The last barrier would come in the form of Belgian club, Anderlecht, but for Clemence it would be something of an anti-climax. Injury meant he would miss both legs of the tie, with his place going to stand-in Tony Parks. It would transpire to be one of those occasions when the stand-in is called onto centre stage and captures the whole performance. Dead-locked after two 1-1 draws, a penalty shootout was required at White Hart Lane and the unheralded Parks would be the hero of the hour, saving two Belgian attempts and giving winners’ medals to all the Spurs players, including Clemence.

Shortly after the game Burkinshaw would walk away from the club, resigning following a dispute with the directors. He would be replaced by Peter Shreeves, but Spurs would only regain some momentum when David Pleat took the hot seat in May 1986. In his first term at the helm, Spurs finished in third place in the league, were beaten in the FA Cup Final and lost out in the final four of the League Cup.

It was a case of ‘so close, but so far’ for the club, but Clemence and his defence were back in fine fettle, conceding just 43 goals in the 42-game league season. Clemence would play 55 games in that term, missing a mere five. It suggested that the now-veteran goalkeeper was still capable of producing sparkling form for a time yet.

Sadly, it wasn’t to be. Just 11 games into the new season, an injury sustained in a league game, away to Norwich City in October 1987 meant a period on the sidelines. Initially, the prognosis wasn’t that bad, and a return to playing was mooted for later in the season. The injury however proved to be more serious and, by the following year, it became increasingly clear that it would preclude any meaningful recovery. Ray Clemence decided to retire at 39 year of age.

After being written-off six years previously when Liverpool opted for the younger option of Bruce Grobbelaar, much as with the longevity of Pat Jennings after he had suffered a similar situation, Ray Clemence would go on to appear in 330 games for Spurs, adding another FA Cup winner’s medal and one for the UEFA Cup to his collection. He may not have played in the Final tie, but he had contributed outstandingly in the journey to the trophy.

His medal was well deserved, and his time with the White Hart Lane club was anything but a rundown of his career. He remains one of only 25 players to have made more than 1,000 career appearances, with a third of those coming at Spurs. Induction of Ray Clemence into the Tottenham Hall of Fame is testimony of the significant impact he had on the club.