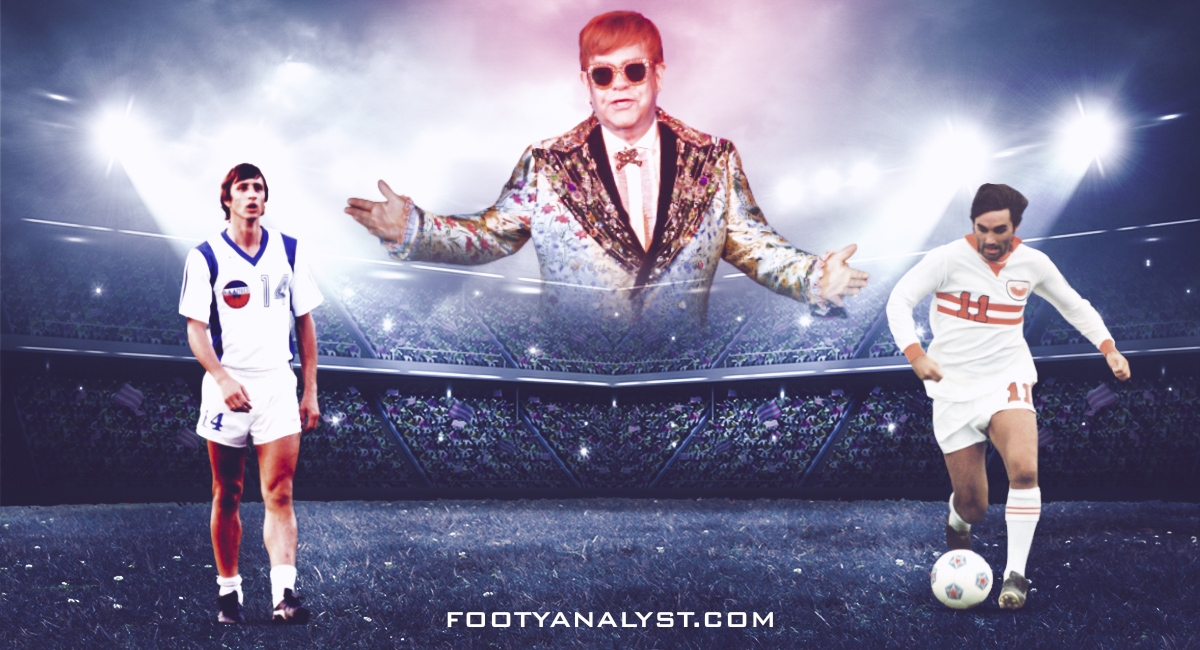 For the past 100 years, superstars, wannabes, and sycophants have swarmed the streets of LA but you would be wrong to think that football’s elite have only just given in to the bright lights of the city. For a short time in the 60s and 70s, the USA was having its very own footballing awakening and ‘Tinseltown’ wanted to be the epicentre. Before Beckham made it cool and Zlatan graced the city with his presence, the LA Aztecs paved the way.

Like many in the ‘City of Angels’, the man behind the club’s inception had a dream. Dr. Jack Gregory had made his fortune in real estate, but he wanted to build on that. His desires may have seemed lofty but they were not impossible. Inspired by the success of other American clubs such as New York Cosmos, the good doctor wanted LA to become the USA’s next soccer hub. All he needed was an audience. Luckily, the stage was set.

Given the city’s name, it should come as no surprise to learn that LA has a huge Latin American population. Football had been a phenomenon in Central and South America for decades, but that passion for the beautiful game had yet to be smuggled north of the Mexican border. Dr. Gregory knew that he would need the Hispanic people on board if he were to fulfil his dream.

A number of countries were invited to play friendlies on the west coast, with many snapping up the opportunity to enjoy a bit of sun. Poland was arguably the biggest nation to be asked but it wasn’t until the Mexican national team arrived that everything really started to come together. The experiment had been an astounding success; thousands flocked to see El Tri. Phase One of the plan was complete, all they needed to do now was convince NASL commissioner Phil Woosnam. In the end, all it took was one phone call and the LA Aztecs were inducted into the 1974 NASL.

Dr. Gregory can’t take all the credit though. It was his wife who came up with the idea to call them ‘LA Aztecs’. There are two ways to look at this. Cynically, you would be forgiven for thinking that naming the club after an ancient race of Central Americans was pandering. On the other hand, if you’re more of a ‘glass half full’ kind of person, you could view it as paying homage to the city’s strong Central and South American roots. Either way, it was a masterstroke.

A rag-tag cast of 28 misfits, representing 10 nations, was quickly assembled and everything was finally ready. Their first showing against Mexican giants Monterrey was filmed in front of a live audience, consisting of around 5,000 people. The LA Aztecs players were impressive. Coach Alex Perolli leading his team to a 2-1 win against, what should be considered, a well-established side was no mean feat.

Success in their friendlies seemed to be a bit of a precursor for what was to come. They breezed through most of their games, winning the Western Division Trophy at the first time of asking. Not only were they winning trophies, but their attendance was averaging a healthy 5,000. This may not sound like much, but for a new club in a country that didn’t really care, it was massive.

Also Read: How Stowmarket Town FC were denied promotion despite being 25 points ahead

They weren’t done there though. An NASL Championship Trophy final against now similarly defunct franchise Miami Toros awaited. After playing out a 3-3 draw, penalties were needed to decide the winner. Aztec Tony Douglas stepped up after Toro Roger Verdi missed his spot-kick. The tension was palpable. Sweat dripping down the face of the young Trinidadian as he stared into the eyes of the opposition goalkeeper like a matador to a wounded bull. Douglas slotted it home, as cool as you like and the Aztecs won a double in their first season.

Fifteen thousand people packed into the Orange Bowl in Miami, Florida to watch the home team crumble under the pressure of a penalty shootout. Watching the footage back, it’s almost as if the game was an afterthought. Lines were left on the field, lying in wait for the upcoming American Football season. Despite the somewhat rushed feel, this game will forever hold a place in the annals of American soccer as the first final to be televised in the USA. The footage is still on YouTube today. It’s grainy and jumps all over the place but it’s worth a watch, if for no other reason than to see the bespectacled men, with their Lego hair, talking about the season that came and went.

The season ended and the winds of change blew the window open like a ghost come to haunt the conscience of a guilty man. They decided to change stadium, moving sticks from their first home, the East LA College Stadium, to the El Camino Junior College ground. Moving ground wouldn’t be the biggest change of the summer, however. Dr. Gregory realised that he had taken the club as far as he possibly could. Still a practising doctor, he simply wasn’t able to continue, and sold up to local businessman John Chaffetz. Chaffetz didn’t act alone though, he was given a little helping hand by none other than Elton John.

The arrival of the two men meant a drastic change in the way the club was run. Gone were the days of relying upon younger local players as sights were set on Europe, in the hope of poaching superstars coming to the end of their careers. Elton John’s involvement was largely a publicity stunt, you’d be hard-pressed to find him in the terraces. It did however increase the profile of the club, making it easier to persuade the superstars. In the end, they didn’t disappoint as you could see world class talents in LA Azetcs shirt.

There are few men in the world that could draw attention away from Elton John but they managed to find one. A foray into American Soccer is yet another interesting verse in the sad ballad of George Best. The Manchester United legend found relative success on the pitch, managing to net 27 times in 55 appearances over his two seasons on the west coast, being named as The NASL’s best midfielder in the second.

By this point though the script of Best’s life had become awfully predictable. His qualities on the pitch were no longer worth letting his off-field antics slide. The wine and women had once again got the best of him. He was often found propping up the bar at the establishment he owned, Bestie’s Bar and Restaurant, instead of attending training. In the summer of 1978, the Aztecs decided to cut their losses and shipped him off to the Fort Lauderdale Strikers. During this period, the Aztecs moved to the much bigger The Rose Bowl stadium.

Just as one superstar exited, two entered. Rinus Michels brought his brand of Total Football to Hollywood in1979, his good pal Johan Cruyff following soon after. Securing the signatures of the two men that led the Dutch national team to the World Cup final in 1974 would have been a major coup for most clubs across Europe, so for a plucky, upstart team in LA, this was obviously huge. It just makes it even more of a shame that it lasted such a short period of time.

Having lost millions in a disastrous pig farming venture, many assumed this would be nothing but a final pay cheque for Cruyff. Such assumptions were misplaced. Although the lack of pressure in the USA meant that he was able to indulge a little, famously eating out every night, the chain-smoking Dutch maestro really turned in on during his one season in LA. 13 goals in 23 appearances secured him the NASL MVP. Just like Best, however, it was fleeting. Financial problems were becoming apparent. The club was sold to Mexican Televisa Group, and Cruyff was traded off to the brilliantly named Washington Diplomats. Michels would last just one more season before returning to Europe with FC Köln.

The departure of the dynamic Dutch duo marked the beginning of the end for the LA Aztecs. Michels was replaced by Brazilian Cláudio Coutinho, who lost his life in a tragic diving accident after the season. The Aztecs switched stadiums once again, moving to the Los Angeles Memorial Coliseum. In hindsight, the stadium switch was a bit preemptive, to say the least. Attendances continued to plummet and with no money to bring in a head-turning name, LA Aztecs folded in 1981. The Los Angeles Aztecs jersey from the 70s is collected by ardent fans as a memorabilia today. Among several other factors, an identity crisis was a major factor in LA Aztecs going under. The Los Angeles Aztecs grounds were changed several times within a few years and the ownership change did not help either.

Football is finally kicking off across the pond. LAFC, Atlanta United and Seattle Sounders have Ultra scenes many clubs in Europe would envy, while still being quintessentially American. While there is still some way to go if the MLS is going to compete with the big boys, it sure is a far cry from the chaos of the 60s and 70s.

Denied promotion despite being 25 points ahead, Stowmarket Town FC look forward to the future
After the lows, now come the highs for Liverpool’s Academy
To Top