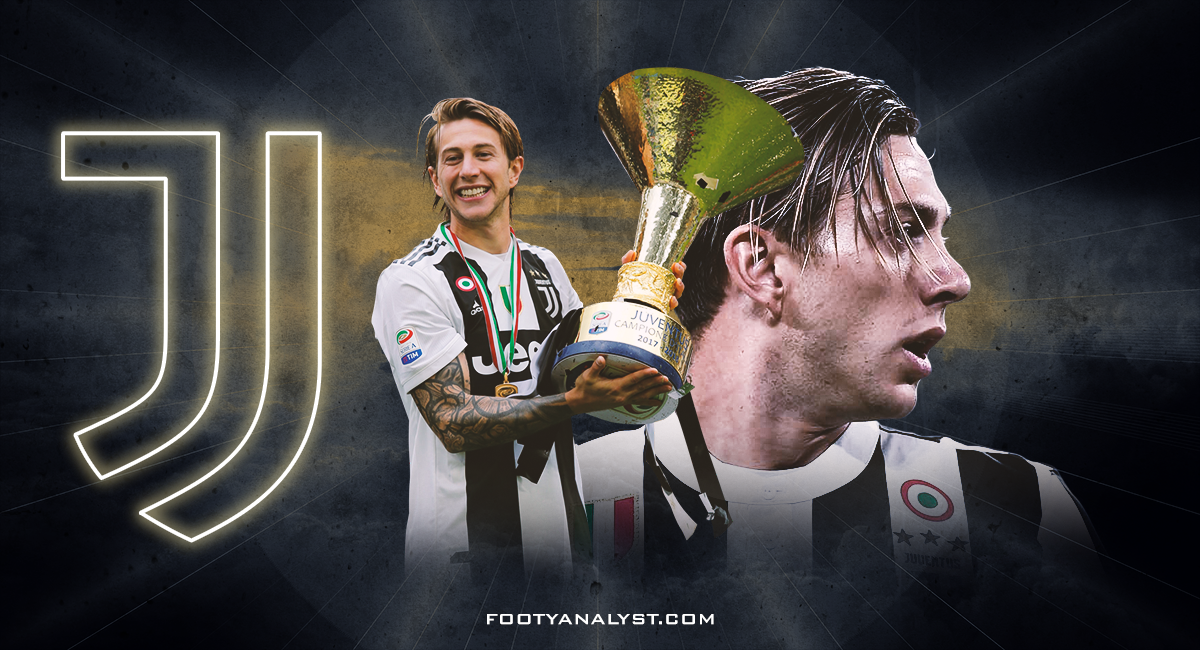 The spotlight was focused more than ever on Cristiano Ronaldo. He had just scored a hat-trick that knocked out Atletico Madrid despite their seemingly unassailable lead at start of the game. Being the dominant club in Italy for seven years, Juventus had signed Ronaldo to help deliver success on the European scene; to elevate Juventus on to a higher plane. And through his talent and will, he had delivered.

Yet for all of the Portuguese striker’s undeniable brilliance, there was more to Juventus than just him. The defence did not concede an inch, Blaise Matuidi covered every blade of grass whilst Mario Mandžukić harried after everything.

One other player, however, stood above everyone else. This was the night when Federico Bernardeschi finally showed everyone just how much he has matured. There was never really any doubt regarding the talent, but showcasing it under pressure as high as it was against Atletico showed a character that belongs at a top club. It was Bernardeschi who picked the perfect cross that allowed Ronaldo to head in his first and it was his dribble in the box that panicked Angel Correa into conceding the penalty that lead to the fateful third.

In between, Bernardeschi had been everywhere. He was a creative force that constantly prodded at the Atletico defence looking for weak spots to exploit. In a game where everyone seemed to be tackling or being tackled he always had the time to look up and pick a pass. Ronaldo scored the goals and his experience gave Juventus belief, but Bernardeschi was the one who dictated the rhythm of the game.

Bernardeschi began playing at a young age, joining local side Atletico Carrara when he was six years old. Within a year he was noticed by Empoli who signed him to their satellite club of Polisportiva Ponzano where he stayed for a couple of years before moving to Fiorentina. There he went through the age groups, representing Italy’s youth teams along the way. Still a first team debut seemed a way off when Crotone’s sporting director caught sight of him on a television feature. He liked what he saw, signed the player on loan and sent him to join the team on pre-season. A few hours later, the side’s manager Massimo Drago was on the phone. “This boy is a phenomenon” he reported.

It proved an apt assessment. At just nineteen, Bernardeschi was ever present, scoring twelve goals and dragging the side to a sixth place finish that qualified them to the play-offs. Sadly there was to be no promotion for Crotone but Fiorentina had seen enough of Bernardeschi to recall him back to base. His rise suffered a temporary setback when an injury restricted him to just seven appearances in his first Serie A season at Fiorentina. The following season, however, Bernardeschi became a regular particularly after new manager Paolo Sousa slightly changed his position from a striker to an attacking flank midfielder.

His technical ability and the capacity to dribble past players quickly made him a fan favourite with his reputation further enhanced when he hit eleven goals in his third season. In him, the Curva Fiesole (where hardcore Fiorentina fans congregate) saw the club’s future, a player with the potential to be world class and around whom the team could be built. All that changed on the 24th of July of 2017 when Bernardeschi agreed to – and, in the eyes of many, pushed for – a move to Juventus.

For fans it is often difficult to understand such moves – there is a particularly intense enmity between the two clubs – and yet from a player’s perspective it was only natural for him to accept. Bernardeschi knew that he needed to leave Florence if he was to challenge for top honours. It is telling that when made an appearance against Barcelona at the start of the new season, it was his debut in the Champions League.

Bernardeschi did reasonably well during that first season especially as an injury suffered during the Turin derby kept him out for long stretches. Still, his desire to win trophies was satisfied with Juventus completing yet another clean sweep in Italy to which he contributed five goals. And yet that first season was more important for the education it afforded him than the medals he got to take home.

The first lesson was one of attitude. As their star player, Bernardeschi had to deal with pressure at Fiorentina but at Juventus he had to come to terms with the need to win every game. That is what it takes to be as successful as Juventus routinely are, and yet it is also why some players fail to deliver when they join. Consistency was key if Bernardeschi wanted to play regularly and this focused his attention; at Juventus there was less margin for error so everything he does had to have purpose.

Then there was his physical growth. There is a marked difference between the way that Bernardeschi looks now and the player who moved to Turin. He has markedly bulked up, gaining in strength that allows him to better handle the challenges that he has to face. Whereas he initially struggled to free himself from the tight marking that many teams try to implement against Juventus, now he has the means to do so.

Above all, however, there is the tactical shift that Allegri has successfully experimented with. At Fiorentina, Bernardeschi played largely as a winger or attacking midfielder but the system adopted by Juventus is too fluid to allow for such a static style of play. The manager has fixed this by slowly moving the midfielder infield.

It was a gradual process but he now looks like the perfect player for the position. On top of his ability with the ball at his feet he has added physical power and greater awareness. Put in the experience that he now has and you get the kind of performance that he managed to deliver against Atletico Madrid.

For now, Cristiano Ronaldo remains the undoubted star of this Juventus team. But a lot of Juventus’ success lies in their ability to plan for the future and, in Bernardeschi, they know they have the man to drive their midfield to greater success.

Gracias Pipita: A farewell to Gonzalo Higuain
League One Relegation Battle: A Gargantuan race to stay up
To Top